The Prime Minister explained that “Hungary will be one of the future’s winners if it establishes a whole network of research centres enabling the country to not only be a centre of production, but also a centre for research and development”.

“Few of the soldiers who once marched around the Soviet military barracks that once occupied the site could have imagined that thirty years after their departure a laser research centre would exist here, which would be home to the most modern equipment of its kind in the world”, Mr. Orbán said.
“Hungary was not given this project as a gift: the right to realise it was awarded because it undertook to ‘slice’ the money required for the construction of the centre out of its own resources, and the funding it duly receives from the European Union”, he stressed.

The Prime Minister pointed out that the decision was preceded by a major debate: could Hungary afford to focus 70-80 billion forints in resources on a single, large project? Eventually the Government decided in favour of the project, despite the fact that Hungary’s economy was “in a bad state” compared to other EU Member States, he said, and “when the decision was taken we were closer to going bankrupt than Greece was”.

“The research performed at the University of Szeged has always spoken for itself, but the centre will attract students and researchers from all over the world”, Mr. Orbán said.

According to the Prime Minister, the research centre also disproves the misconception that any project realised by the Government in a city led by the opposition is destined to fail. “Although differences in opinion do and will exist, it is possible to agree on work carried out for the Hungary of the future and for the future of the Hungarian people. In Szeged we have proven that if we are talking about the interests of the country and of the city, the divide can be bridged”, he added.

Mr. Orbán told reporters that “The research performed at the centre could pave the way for technologies based on atomic processes, and could place outstandingly effective instruments at the disposal of other scientific fields, such as biology and medicine”.

Lóránt Lehner, Managing Director of ELI HU Non-profit Ltd., the company tasked with coordinating the establishment of the centre, said that the acquisition of research equipment has occurred in parallel with construction, and it will soon be installed and commissioned.

The ELI Laser Research Centre occupies some 24,500 square metres across five buildings: Building A houses the various research areas; Building B contains laboratories, preparation workshops and research offices; the main building, which is also home to the knowledge centre, houses the conference hall, the library, seminar rooms, the management office and the refectory; service and maintenance units and the reception area also occupy separate buildings.

The complex was designed by Artonic Design Architecture Limited and the main construction contractor was the Strabag-Swietelsky consortium. As a result of the site’s soil mechanics properties, the stability of the buildings is ensured by 819 piles, the longest of which is 45 metres. To ensure a vibration-free environment, research areas have been developed using free-standing “building within a building” technology, and have a maximum temperature fluctuation of 0.5 degrees Celsius in contamination controlled cleanrooms.

The centre is the Hungarian pillar of the European Union’s ELI project, with other sites being in Prague and Bucharest. The Szeged Research Centre stands out among the world’s other high-intensity laser installations because it can generate the most and shortest laser impulses per second, enabling the observation of atomic processes within molecules. The currently unique infrastructure in the institution can make ultrashort laser pulse resources accessible to the international scientific community in the fields of physics, biology, chemistry, medicine and material sciences.

The budget for the project – including research equipment and instruments and construction costs – exceeds 70 billion forints (EUR 227M), 85 per cent of which is being provided by the EU’s European Regional Development Fund.

The Laser Research Centre in Szeged is expected to begin operating at full capacity in 2019, after linking to the laser research infrastructures being built in the Czech Republic and Romania. 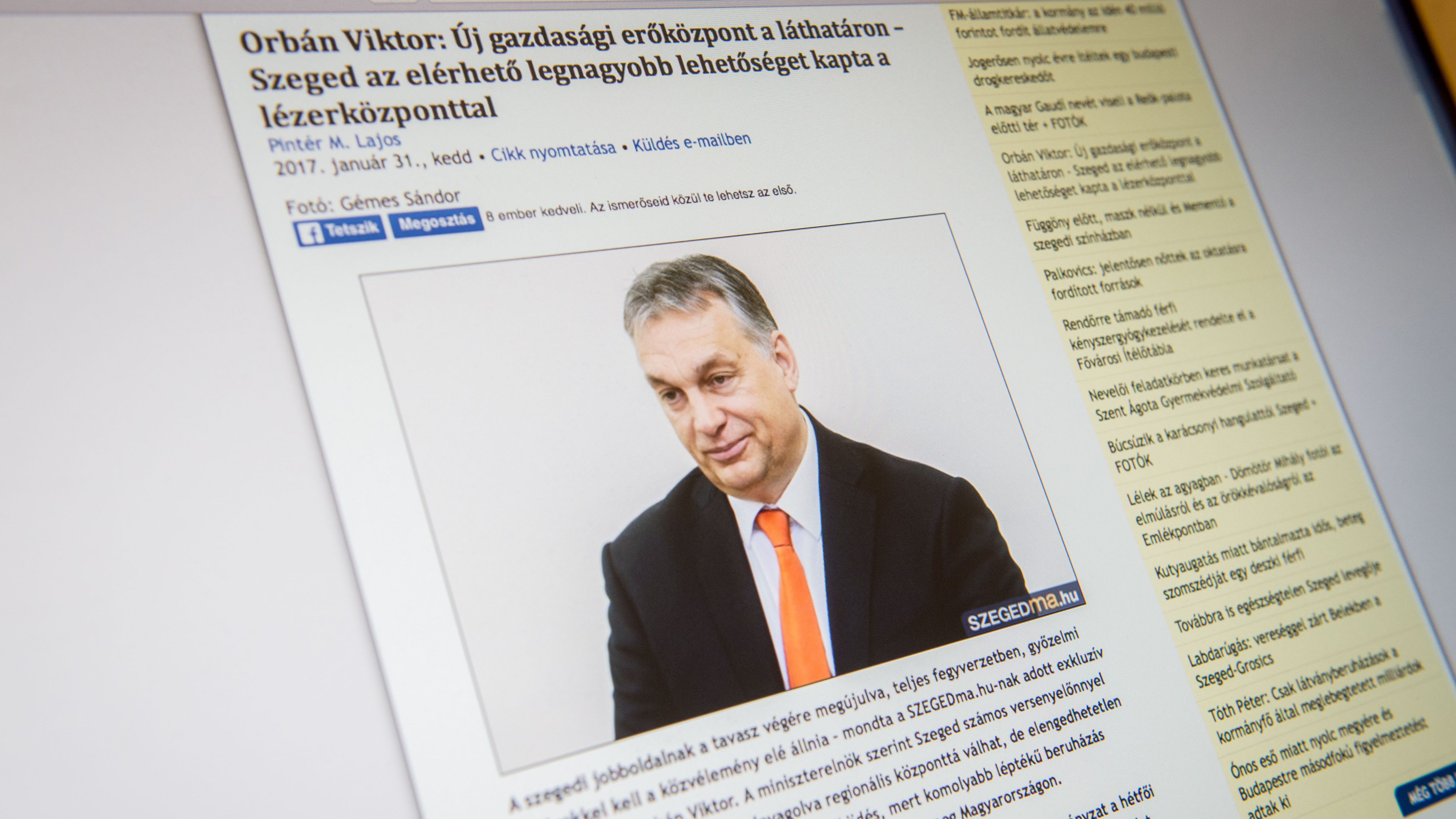