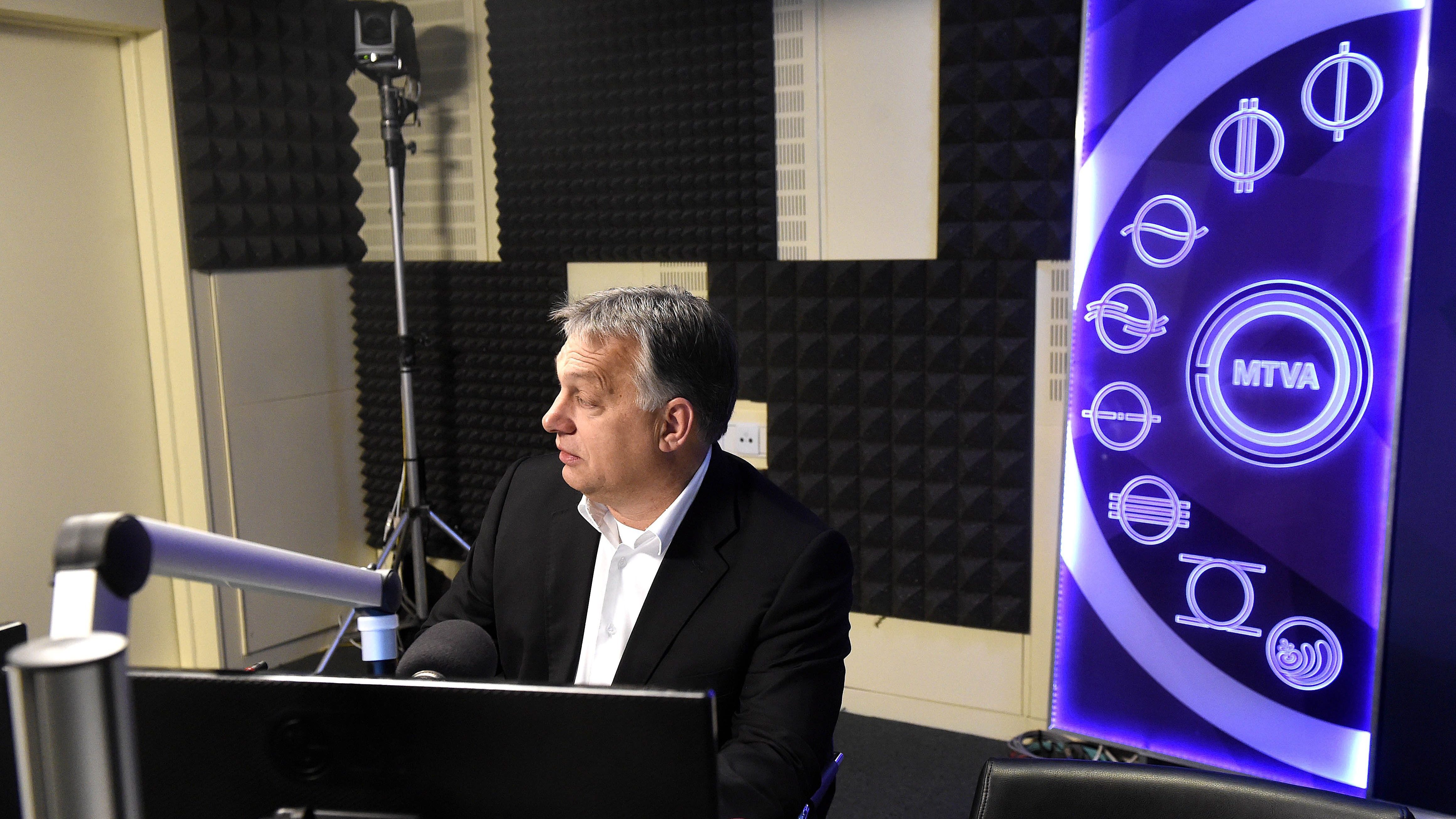 He said that the Soros network operates like a party, and seeks to weaken and remove governments which take action against the settlement of Muslims into Europe. In Hungary the Prime Minister therefore expects to see this network engage in propaganda activities, bolster civil society organisations, pay hundreds or thousands of people, and – in the run-up to the election next spring – create so-called “civil society centres” in various parts of the country. The latter, he said, will operate just as parties do in an election campaign.

Mr. Orbán also said that George Soros has already had his concept approved in the European Parliament (EP), which has started to exert pressure on the European Council of EU prime ministers. The aim is to persuade the latter to confirm the EP’s decision and to start the process of resettlement.

He argued that the Hungarian government was forced to concern itself with George Soros from the point in time when “his enormous machinery […] suddenly linked the issue of immigration to his vision”, and the “financial speculator” released his plan and started mobilising his network in order to realise it. From this point onwards, for Hungary this question is an existential one, said the Prime Minister, who added that when dealing with George Soros “one should never watch his lips, but always his hands – because a speculator is the sort of person who can charm the birds from the trees”.

The Soros network wants to dismantle Hungary’s border fence, Mr. Orbán said, and does not want nations to be separated by borders. He stated that the network wants the Hungarian people to greet the arrival in Hungary of people from different cultures, and to give them money; in contrast to this, he said, “we want a different future”. In this regard, therefore, the need emerged for the state to use all available means – part of which has been an intelligence report on the composition, modus operandi and influence of “the Soros machinery”.

When asked how much of the report will be disclosed to the public, the Prime Minister said that this question must be approached with caution, because no country anywhere in the world is unconcerned about disclosing its capabilities in gathering hard-won intelligence. He did, however, refer to a passage from a document cited in the report: according to an Open Society Foundation report released last August, it has funded the activities of influential stakeholders in the field of migration – including think tanks, political research centres and civil society networks. The aim has been to enable them to shape migration policy and influence processes affecting the regulation of migration.

Mr. Orbán dismissed statements disputing the existence of the Soros Plan as “a problem related to reading”, as he noted that the document was released by George Soros himself, who refers to it as a plan. Speaking about the National Consultation on the Soros Plan, the Prime Minister said that the issue of immigration will determine Hungary’s future, and the people appear to have a clear opinion on this. In his view, the completion of the consultation questionnaire involves effort: as one has to read and understand the questions; one has to have the will to complete the questionnaire; “one may even have to discuss it with one’s spouse or friends”; and one also has to post it.

He observed that the current consultation is the most successful of all those held to date, which leads one to the conclusion that the people believe that the question it focuses on is the most relevant and important for the future. The Prime Minister said that immigration is not a party issue: if Hungary were to let in migrants, it would not only be Fidesz supporters who would have to live alongside them, but every Hungarian would have to.

In response to the fact that several Members of the European Union are calling for the withdrawal of EU funding from Hungary due to its anti-immigration stance, the Prime Minister said that every suggestion of this nature runs counter to the fundamental rules of the European Union; in addition, he noted that the EU’s seven-year budget must be adopted unanimously.

Another topic in the radio interview was the China-Central and Eastern European summit held in Budapest at the beginning of the week. In this regard Mr. Orbán again thanked the residents of the capital for their patience in the face of the traffic and transport disruptions caused by the event. In his view, this was not a mere diplomatic event, but a meeting concerning the very future of the Hungarian economy. The summit, he said, could be of the utmost importance in Hungary’s day-to-day economic life.

He added that there exists between Hungary and China a “mysterious cooperation, coming from the distant past, but with roots stretching back many centuries further, due the Hungarian people’s oriental origins”. In his words, Hungarian-Chinese relations are not based on ideology, but “on the foundations of common sense”.

Regarding the Budapest-Belgrade railway line project, the Prime Minister said that he believes “what return the project will yield in forints” is a secondary consideration, because what is important for the country is that this transport route runs through Hungary, and this fact in itself adds to Hungary’s value and importance.

Speaking about Chinese funding in relation to the project, he highlighted that the Chinese loan means that for the rail link’s implementation it will not be necessary to take a large amount of resources out of the Hungarian economy. At the same time he mentioned that there will be some other large projects such as this which can be funded from loans with favourable financing terms, and a useful aspect of this is that the required resources need not be taken from the national economy.