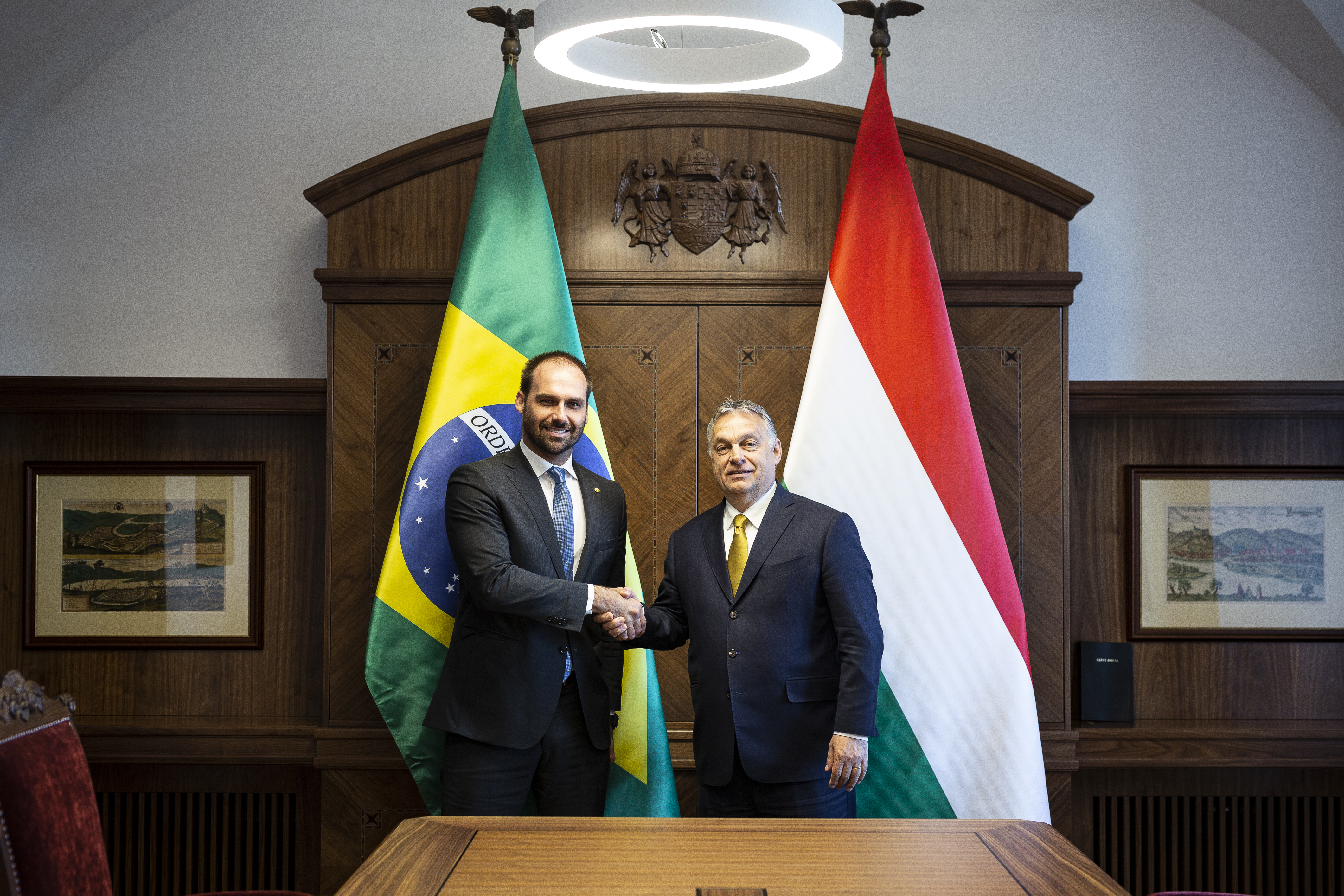 There is agreement between Brazil and Hungary on most important political issues
18. 04. 2019.
| source: Cabinet Office of the Prime Minister/MTI
At a meeting held on Thursday in the Carmelite Monastery – the Prime Minister’s Office – in Budapest, Prime Minister Viktor Orbán and Eduardo Bolsonaro, President of the Brazilian Lower House’s Foreign Affairs and Defence Committee spoke about the threats of migration, economic relations and the protection of Christian values, Bertalan Havasi, the Deputy State Secretary heading the Press Office of the Prime Minister informed the Hungarian news agency MTI.

The parties highlighted at the meeting that Hungary and Brazil share similar views on important political and strategic issues.

Regarding the issue of migration both Brazil and Hungary rejected the global migration compact. Both countries believe it is important to represent Christian values and national values in foreign policy, and they equally reject the pressure which NGOs disguised as civil-society organisations seek to exert.

There is scope for developing economic cooperation primarily in the fields of agriculture, water management and the health industry, but the two countries will also tighten their cooperation in research and development, while Hungary will further increase the number of scholarships offered to Brazilian students, the parties agreed at the meeting.