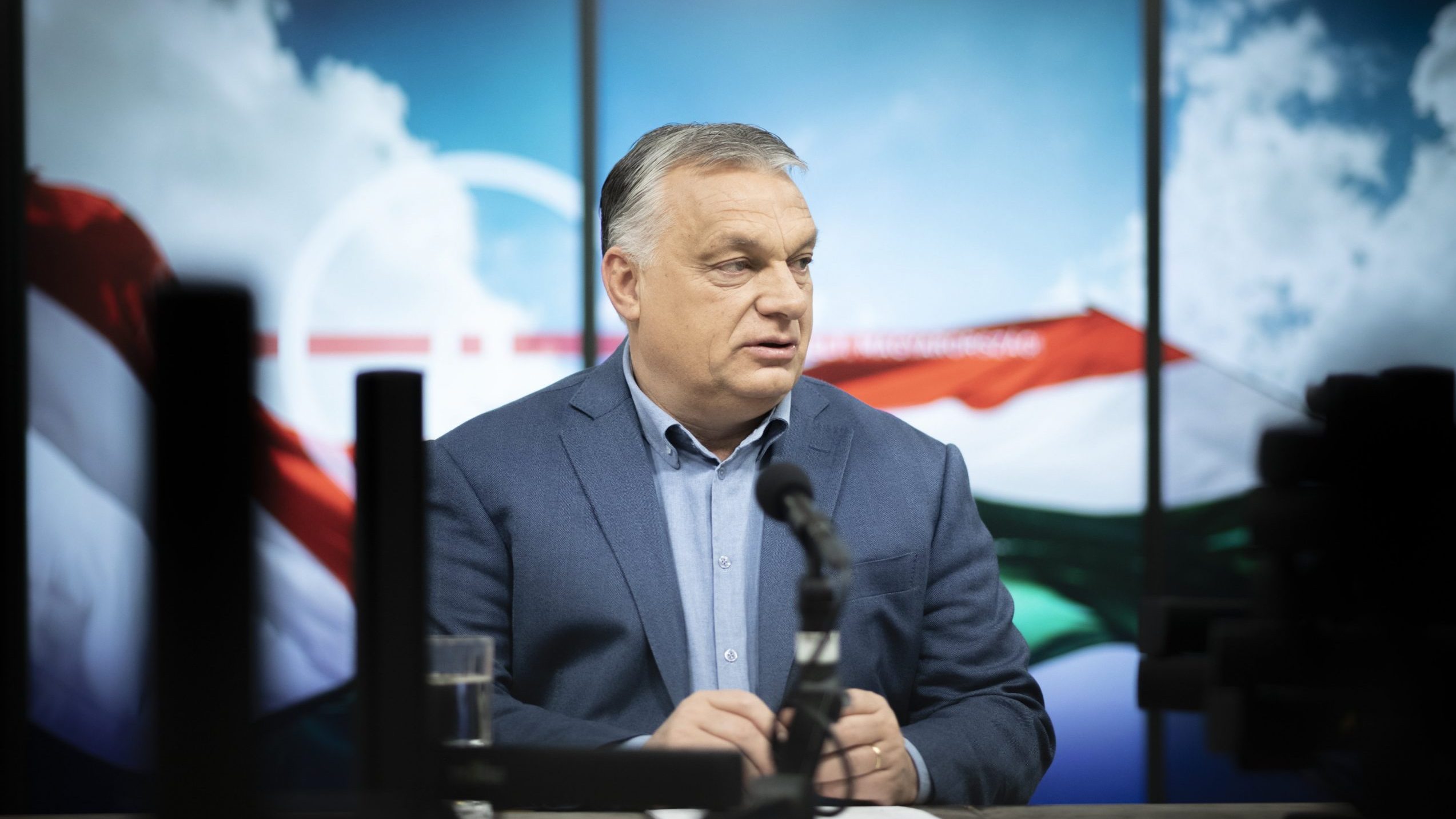 This is not our war
01. 04. 2022.
| source: Cabinet Office of the Prime Minister/MTI
Never before in the past 30 years have the stakes been higher in any elections in Hungary, Prime Minister Viktor Orbán stressed on Friday on Kossuth  Radio’s programme ‘Good morning, Hungary’.

The Prime Minister said at this time what is important from the country’s point of view is the country’s future, “and that depends on the issue of war and peace, we must prevent ourselves from being dragged into this war”. This is not our war, and if we want the country to go forward, we need peace, he stated in connection with the war in Ukraine.

Mr Orbán asked every citizen “to appreciate the seriousness of the situation, to see the atrocities and monstrosities of the war, its consequences threatening Hungary,” and to stand up for our country, to protect Hungary and to vote for peace.

He said “we must receive the Ukrainian President’s efforts with understanding as his country is in trouble,” and he hopes to get out of this tight situation by involving others in the war. “At the end of the day, he focuses on the Ukrainian interests and tries to help his own country, I have no dispute with him,” he said.

He stressed that there is a dispute with the Hungarian Left which “wants to obey the Ukrainian President”. He said this war is not our war, here we have nothing to gain, but everything to lose, “the functioning or non-functioning of the economy is the question here”. We condemn the Russian attack, but we are unable to help the Ukrainians by destroying ourselves, he added.

The Prime Minister highlighted that there are countries whose history has developed in such a way that they do not have the reception and conveyance capacities that would allow them to import oil and gas from countries other than Russia. “It’s not that we’ll put on an extra jumper in the evening and turn the heating down a little,” or that we pay a few forints more for gas, but that if no energy comes from Russia, there is no energy in Hungary, he pointed out.

He said the functioning or non-functioning of the economy is at stake here, the Hungarian economy cannot function without such energy sources. If there is cheap Russian energy, “it’s not worth our while to switch it off in order to have expensive American instead,” he said, describing this as an absurd proposition.

He said Hungary will stand up for its position; there is a problem with the Left which “concluded its own deal” in the background. If the Left won the elections, weapons consignments would be sent to Ukraine immediately, and the oil and gas coming from Russia would be turned off which would destroy Hungary, he said, adding that “this is risky, this is dangerous, the Left is playing with fire”.

He pointed out that we are facing a significant and profound European economic crisis, and the roots of the problems go deeper than the war between Russia and Ukraine. The European economy has a general competitiveness problem, and additionally, it is attempting to make a technological changeover; already before and independently of the war, it sought to exclude fossil energy sources from its energy system, he recalled.

He said “energy prices are not rising of their own accord,” it is the consequence of a decision adopted by Brussels bureaucrats, and the war has only aggravated the situation. An important challenge for the next government is to dampen the impact of the economic crisis arising from high European energy prices on Hungary, he explained.

He observed that when it comes to crises, the Left keeps thinking in terms of austerity measures; at the same time, at times like this, the national side resorts to remedies focusing on economic growth and tax cuts.

Mr Orbán stated that in the child protection referendum we must decide on the future of our children.

He said the war “fell on” the campaign, the question of peace and war is most at stake in the elections. People want peace, the national side is the guarantee of peace; the Left, however, poses a risk to our peace and security, he said.

The Prime Minister stressed that Hungary is still able to protect its children, is able to stop the “gender madness” if with a referendum we make the simple statement clear that “the father is a man, the mother is a woman and our children should be left well alone”. This way we are able to protect our children and parents’ rights relating to the sexual education of children, Mr Orbán stated, describing this as a far more important matter than it now appears in the shadow of the war.

He also said he has observed elections for 30 years, but had never seen fraud on this scale. “Minor incidents occur,” but it is different when the data of hundreds of thousands of people are obtained illegally, and are used for sending political messages without the consent of the individuals concerned. This is not only election fraud, but also raises the issue of freedom, he pointed out.

He said “lawyers will have plenty of work after the elections”; “this is a huge election fraud, a very serious breach which must be investigated down to the last detail”.

According to the Prime Minister, the phenomenon that the Left’s candidate for prime minister himself admitted to is completely unusual: namely that they forged an election alliance in which “the Fascists as well as the communists have been allowed to preserve their independence,” meaning that “they forged a completely unnatural alliance,” giving up all morally and politically important standards and identity. An alliance was forged whose only goal has always ever been to get into power, he pointed out.

He took the view that if the Left does not win these elections, meaning that success does not subsequently justify this union, then very serious questions will emerge.