Mr. Orbán added that his political and spiritual testament continues to live with us, and it is a compass and guiding star, which also serves as beacon for the work of those in government.

The Prime Minister said that we remember the poet as someone who saw it as a personal mission to obey the eternal Christian command to remember the martyrs of 1956. With this, Mr. Orbán said, in the mid-1980s he struck home against the “comrades” who had settled themselves in the shade of the Judas tree which had been planted some thirty years earlier.

In praise of the poet, the Prime Minister said that Gáspár Nagy had the courage to write things which others dared no more than say, and he spoke about things which most people chose to remain silent about, and “with his gently relentless determination, he shattered the communist lies fabricated about the heroes of the ‘October spring’”. In Mr. Orbán’s view, “goulash communism, marching towards its slow, agonising death, had every reason to fear the words he used in throwing down the gauntlet before it”.

He also said that Gáspár Nagy was among those who see political correctness – which is so fashionable today, and obligatory in some countries – as the ultimate litmus test for recognising false prophets. Today, Mr. Orbán said, we ask ever more urgently about the fate of our country, and that of an unhappy, hypocritical Europe, which hangs by a thread while modern myths are used to silence our continent’s acquiescent conscience. The answer, Mr. Orbán said in conclusion, may come from Gáspár Nagy himself: “Hope cannot die if the thread is spun from the right loom”.

The bust is the work of sculptor Katalin Oláh, and was commissioned by the Better Era Civic Association, with funding from the memorial committee set up to mark the 60th anniversary of the 1956 Revolution and Freedom Fight.

At the end of the ceremony Bishop Antal Spányi blessed the sculpture, which stands in Budakeszi’s central park. Following this, those in attendance – including Gáspár Nagy’s family – laid memorial wreaths at the foot of the plinth. 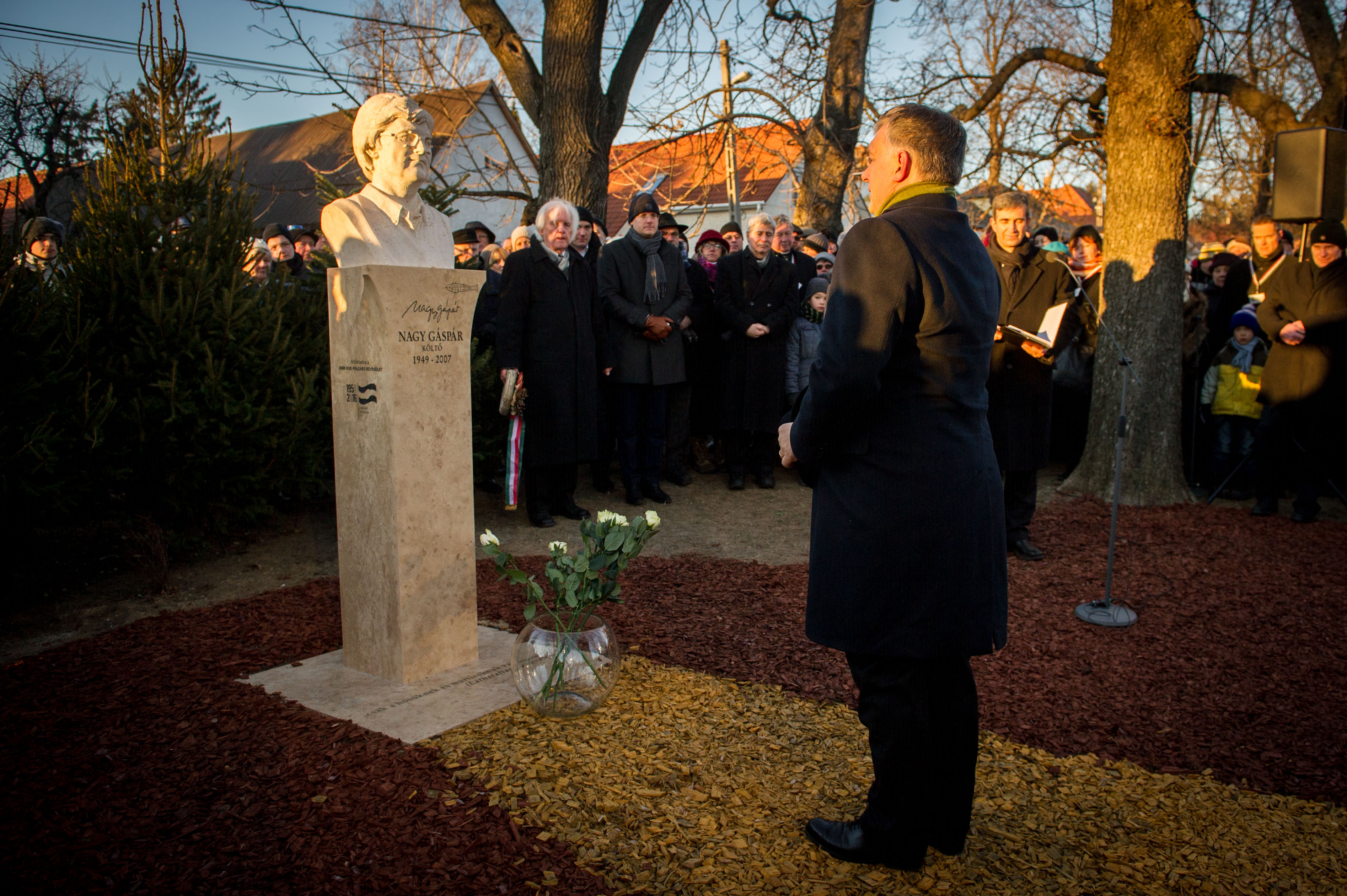