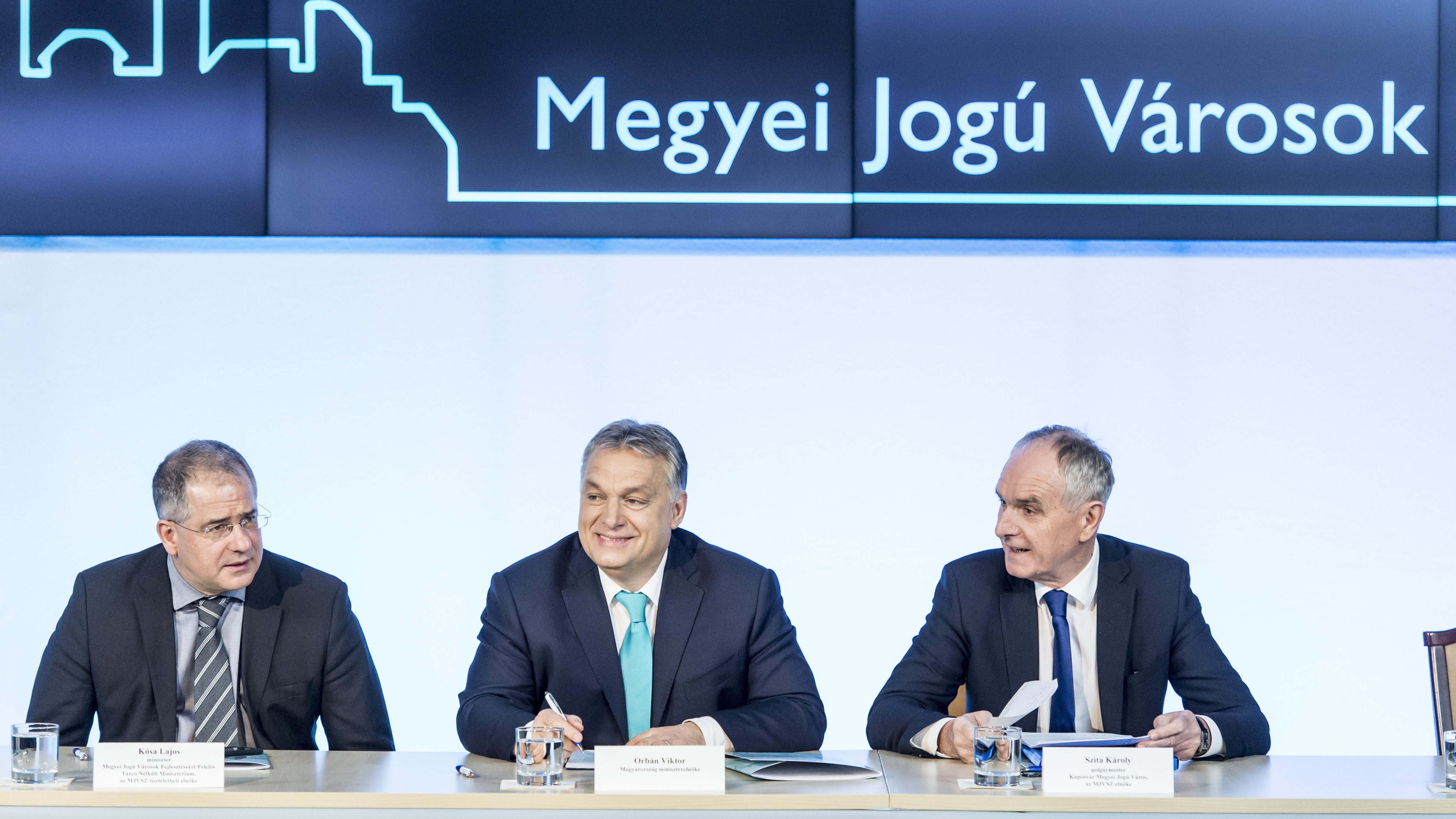 The Prime Minister told the mayors present that “You must also assume a personal role in helping the Hungarian people to defend Hungary”. On the subject of migration, he drew attention to the fact that the United Nations is also involved in the issue of global migration, which indicates that this is not just a Hungarian issue, and not even just a European issue.

The Prime Minister spoke at length about the fact that in his view diversity is a characteristic, but not in itself an asset: the simple fact that something is colourful and varied in character does not make it more valuable than something which is not. “We don’t want to be diverse by allowing ourselves to be mixed […] with others”, the Prime Minister said, adding that “we want to be how we became 1,100 years ago, here in the Carpathian Basin”.

He called migration a dangerous, harmful phenomenon which Hungary does not want to participate in. This must be stated, he continued, because otherwise international disputes and “diplomatic ruses” will distract Hungary, and “we will also lose our future”. Mr. Orbán stressed that “We finally have a future: we have something to defend”.

The Prime Minister indicated that following the successful Modern Cities Programme, a development programme for “medium-sized towns” has also been developed in outline, and then the “village waggon” must also be attached to the “development train”.

Describing the Modern Cities Programme, the Prime Minister said that “there has not been a development programme of this kind in our lifetimes”. Praising the mayors of cities with county rights, he noted that even a government could be put together from among their number.

However, he asked local government leaders to only request development projects that they are also able to maintain, in order to avoid accumulating debt. With regard to local governments’ debt consolidation, he called on mayors to preserve financial stability, because the government bailout of 2012–13 will not be repeated.

Mr. Orbán also said news reports that the Government is planning major changes to the local government system are false and ridiculous. He declared that the system’s constitutional foundations are solid, and he sees no reason to interfere with them. He emphasised that no local governments will be abolished: every settlement can have its own local authority – even ones with only four inhabitants.

The Prime Minister also said that not even the opposition denies that the country is making progress. Referring to European Union funding, he said that the achievements of the past eight years are solely due to the people of Hungary. The Prime Minister pointed out that although Hungary does not do badly, a major proportion of EU funds find their way back to Western Europe, and those who make the transfers “are in fact making money from us”.

Analysing the state of the country, Mr. Orbán said that “we are beginning to look good”; but if it wins the confidence of voters in the upcoming election, then between 2018 and 2022 the Government will complete the work which will mean that in four years’ time “Hungary will look good”.

At the event the Prime Minister promised the people of Veszprém that the Aranyos Valley viaduct and the new swimming pool will be constructed.