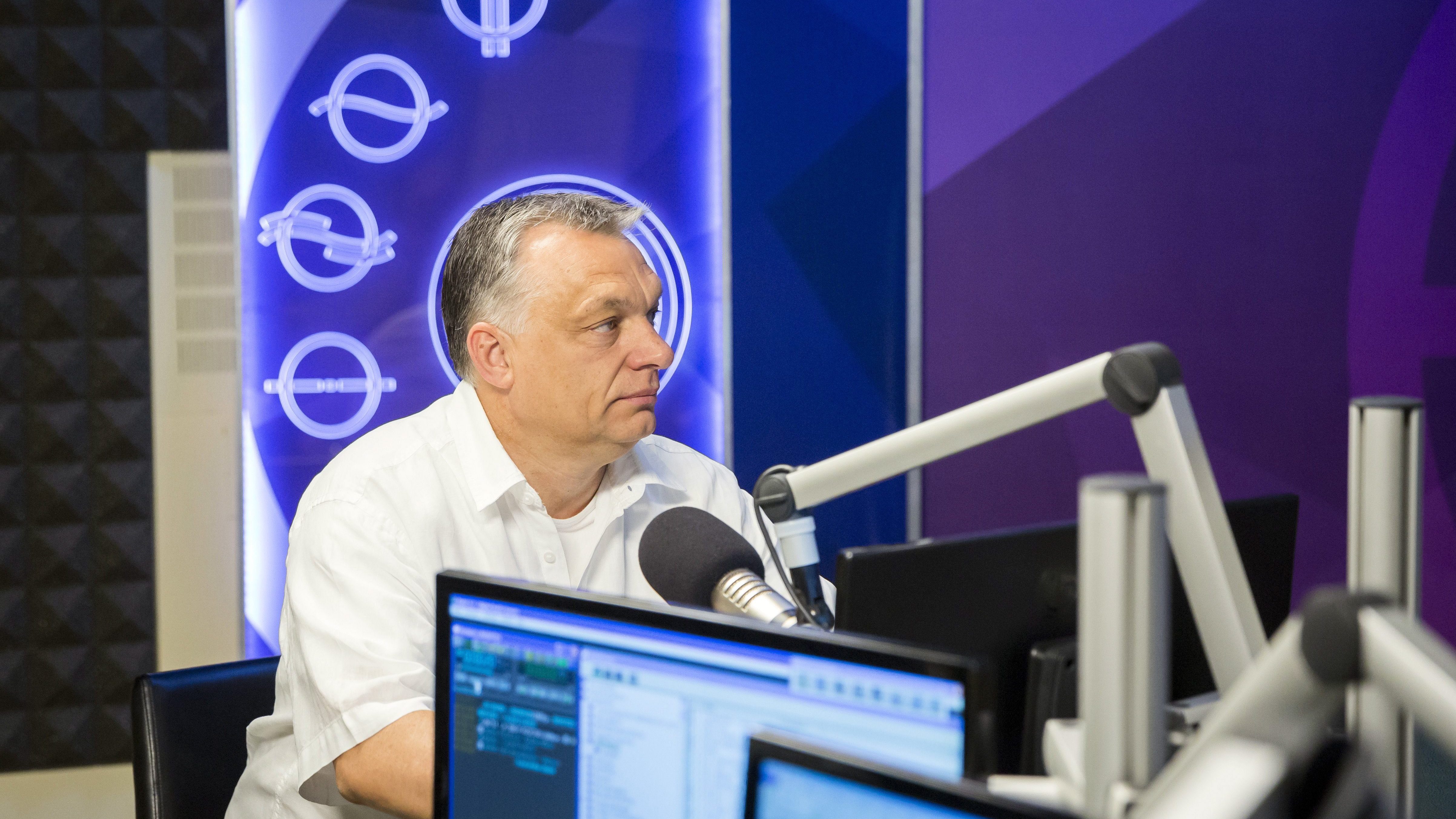 The Prime Minister said that the battle with George Soros and his “army” must be conducted in the open: it must be declared that the other side want immigration, that their ideological motivation is a multicultural Europe, that they do not like the traditions of Christian Europe, and that they think that Europe will be a better place in which to live if Europeans are mixed with another kind of people. “They want to ruin Europe because they are hoping to make large profits in the process”, he said, as “that is just what financial speculators are like.”

However, Mr. Orbán said, “we do not want to be mixed with others”, and “we are fine as we are” – in terms of Christianity, language, culture and our way of life, as well as in terms of freedom of religion, the family and relations between men and women. He added that next year’s elections to the European Parliament will be about these issues and this clash of values.

Regarding the constitutional amendment currently before the Hungarian parliament, he said that the Government has a two-thirds majority, and must not waver. Energy must immediately be mobilised in defence of the country, the Prime Minister stated, and therefore the proposed amendment states that it shall be unlawful to resettle alien population groups in Hungary. According to a proposed amendment to the Penal Code, which has also been submitted to Parliament, the organisation of illegal migration would be classed as a criminal offence.

Speaking about European politics, Mr. Orbán said that he sees current developments in a positive light, that “tough guys have emerged in European politics” and that “compared with the new leaders who have now spoken out, we are convivial gentlefolk”. He mentioned Austria and Italy as examples of this phenomenon.

Regarding the latter, he said that the Italians have finally stated their aim to put an end to migration, and have also said that illegal migrants should not be distributed, but should be transported out of the EU. Mr. Orbán agrees with this idea, mentioning that the Visegrád countries had offered Rome several billion forints for this purpose.

“Countries which have made the mistake of letting in hundreds of thousands – or one or two million – migrants will be hard-pressed if they genuinely want to remove migrants from Europe”, the Prime Minister said, adding that “this is an idea which Hungary supports; and, while it is not specifically our affair, it is a common European affair, and therefore we support it.”

Asked about the new Italian prime minister Giuseppe Conte’s statement on distribution of migrants throughout Europe, Mr. Orbán said that he understands Italy’s aim to rid itself of people it should not have allowed to enter in the first place. He confirmed that no one will be sent to Hungary, however, and suggested that if his Italian counterpart and his country want to free themselves of migrants, rather than distributing them around the EU they should remove them from Europe altogether. This, he said, is a task in which Hungary is willing and able to provide assistance.

Asked about the possibility of renewed migration pressure in the Balkans, the Prime Minister said that, since Hungary is a gateway to the Balkan region, it has a fundamental interest in the maintenance of an orderly situation in that area to the south of it. This is why in the future it will continue to see Serbia as a strategic country, and Macedonia as equally important. He noted that “Indeed we see signs […] of a rising tide”, which he described as a challenge, adding that while Hungary has successfully prevented migrants from coming towards it, this does not protect its neighbours, whom it must therefore help.

The budget for 2019 is “earthquake-resistant”

Speaking about the draft budget for next year, Mr. Orbán said that a “massive and earthquake-resistant” plan has been put together, which is a budget for secure growth.

Regarding next year’s planned 1.8% budget deficit, he said that in operational terms the budget will be balanced, meaning that the amount spent on running the country’s operations will equal the amount generated, and the deficit “is all accounted for by future investments”. At the same time, he also drew attention to the fact that the next few years may well be dominated by another crisis, but even if this proves to be the case austerity measures should not be implemented. To ensure this, there will be a need for disciplined fiscal policy.

Mr. Orbán explained that the world economic crisis could arise from rising interest rates on the international money markets, together with levels of government debt in the budgets of EU Member States – particularly those in the eurozone – which are even higher than those seen at the time of the 2008 crisis. In addition to this, the Prime Minister said, a world trade war is unfolding.

He stated that “there is no storm yet”, but “there are clouds in the sky, and if these create an adverse formation, a crisis could result”. In such times a carefully considered budget must be created, he added, and therefore the Government has significantly increased the reserves aimed at protecting the country. However he highlighted that this will not distract the Cabinet from pursuing its goals: it will continue to protect security, stimulate economic growth and reduce unemployment, and it will also continue to support families raising children.

Further constitutional amendments can be expected

In closing, Mr. Orbán said that a more extensive amendment to the Fundamental Law is also being planned. He announced that a review of the Constitution is expected to start in September, and last one year to eighteen months. This will include a review of the following: which provisions have been effective, or could be effective; what is now regulated by the Fundamental Law, but without corresponding lower-level statutory regulation; and the identification of gaps in legislation which need to be bridged or filled by constitutional amendment.

People have the right to know what Brussels is planning