We don’t want what happened at the Keleti Railway Station in 2015 to be repeated
06. 03. 2018.
| source: Cabinet Office of the Prime Minister/MTI
According to Viktor Orbán, what is needed to enable Hungary to protect itself from migrants is for people not to allow politicians who want to turn Hungary into an immigrant country and the capital into such a city to form a government.

The Prime Minister and Chairman of Fidesz spoke about this in a campaign video in support of Fidesz parliamentary candidate for Budapest’s 8th District (Józsefváros) Máté Kocsis, as part of his campaign tour prior to the elections on 8 April.

“Budapest and Józsefváros must protect themselves from the migrants”, Viktor Orbán declared in the video that was uploaded to his Facebook page on Tuesday, adding: “Without this, the events that occurred during the summer of 2015 at Budapest’s Keleti Railway Station or on Pope John Paul II Square will be repeated, and it is absolutely clear that we do not want those events to happen again”

“What is needed to prevent this is for us not to allow politicians who do not represent the interests of the Hungarian people and who want to turn Hungary into an immigrant country and the capital into such a city anywhere near the helm”, the Prime Minister stressed. 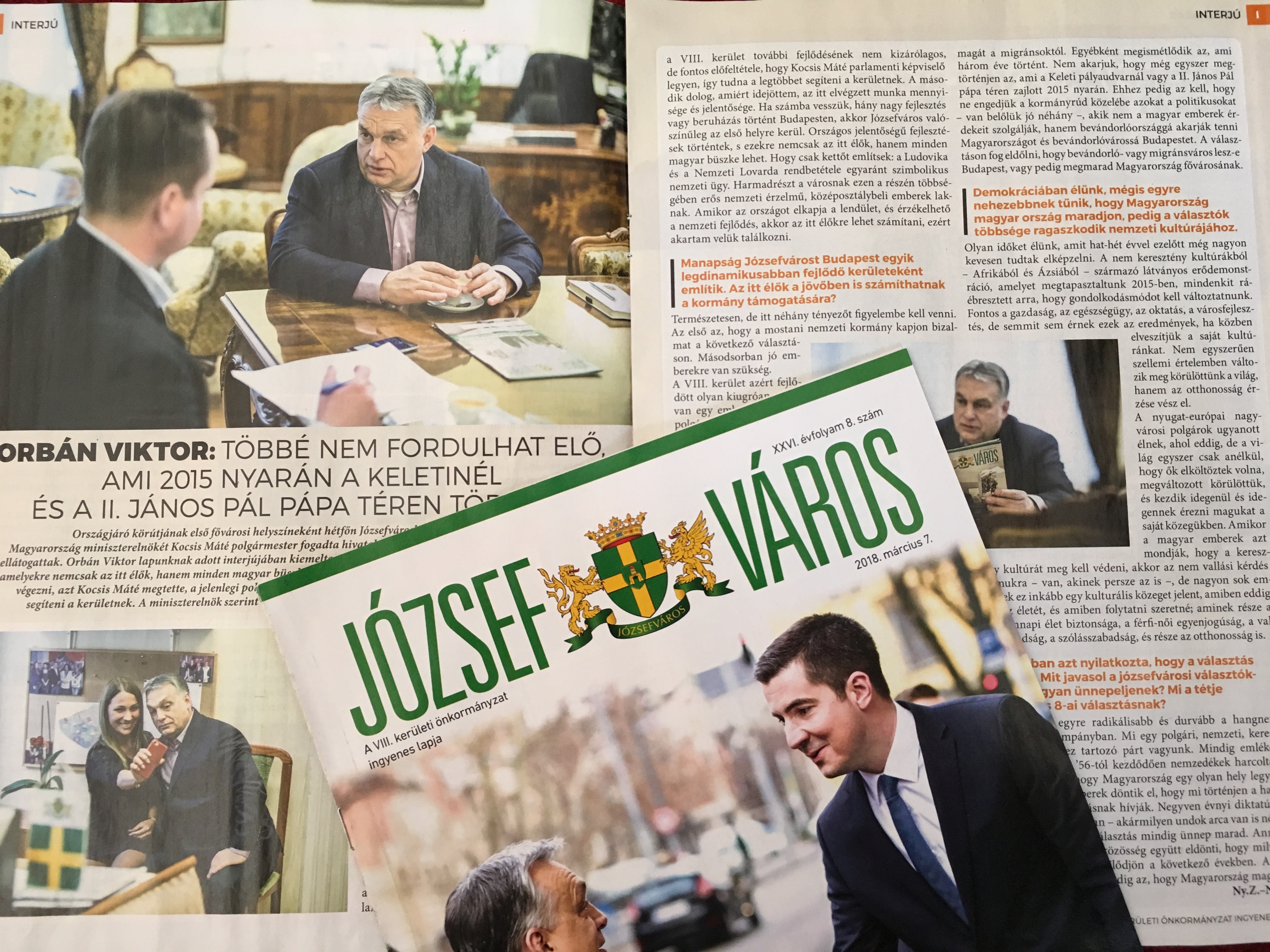