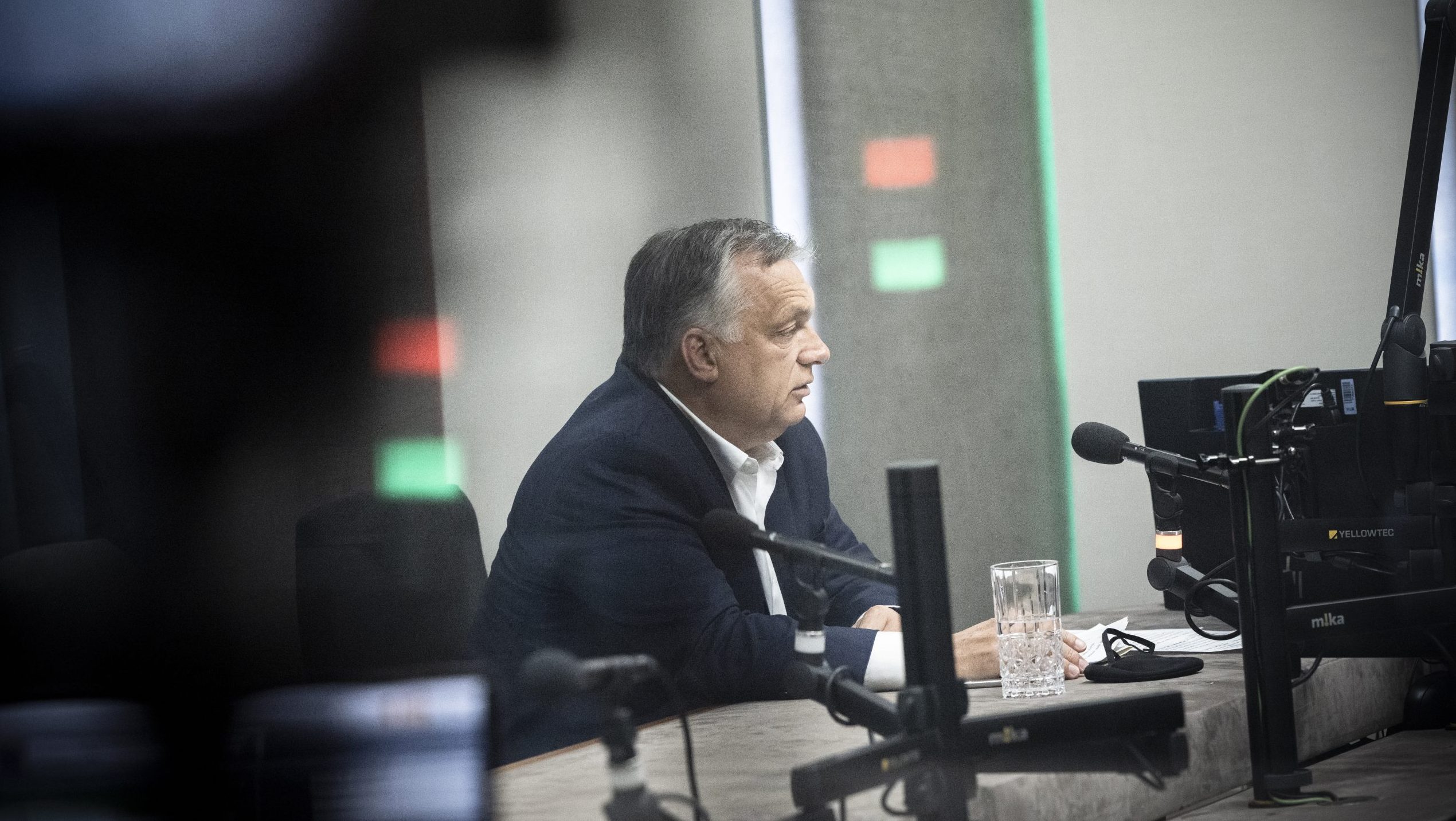 The Prime Minister said the number of persons who have received the first dose of the vaccine currently stands at 4,898,866, at the weekend we will most certainly reach five million, and this marks the beginning of a new era in the defence operations against the epidemic. In the whole of Europe, this is the first or second best percentage, Hungary is more protected and safer than the rest of Europe’s countries.

Mr Orbán said when the number of vaccinated persons reaches five million, the curfew will be lifted along with the restriction on the opening hours of catering establishments and shops, people will no longer be required to wear face masks on public premises, and individual and team sports will be allowed outdoors without restriction.

Private and family events up to fifty persons and wedding receptions with a maximum attendance of two hundred will also be allowed. In the case of events organised in hotels and restaurants, it will be the operator’s duty to separate the attendees from other customers. Outdoor events, including demonstrations, will be allowed to be held with the participation of maximum five hundred pesons. Music and dance events will only be available to persons who hold immunity certificates. Members of the age group between 16 and 18 years will be allowed to attend cultural and sports events organised in indoor spaces in their own right if they have been vaccinated, the Prime Minister listed.

The Prime Minister indicated that they will decide on the exact date of the lifting of restrictions on Friday afternoon, as expected, in light of the latest vaccination data.

He added that from Friday the Operational Group had been placed into standby mode. It is necessary to maintain a level of preparedness because three million adults still have not been inoculated in Hungary; they should try to fight the resistance they have to vaccines. At the same time, everywhere beyond the borders, with the exception of Serbia, there is a much lower rate of vaccination, while we must also pay attention to whether the vaccines used in Hungary also provide immunity against new mutations.

The Prime Minister highlighted that in Hungary, in addition to the already administered vaccines, we have in storage or on order 7.3 million Pfizer vaccines, 1.2 million Moderna vaccines, 4 million Janssen vaccines and 4.7 million AstraZeneca vaccines; there is, however, uncertainty regarding the latter. Even excluding the Chinese and Russian vaccines, there are enough vaccines in Hungary to inoculate the Hungarian people in 2021 and 2022 even if a third or a fourth dose is required.

However, Hungary wants to be self-sufficient in vaccines. This is why a factory of our own is being built in Debrecen, and “our scientists swore an oath” that experiments are at a stage that ensures that the Hungarian-developed vaccine will be completed and ready for production in the second half of 2022, Mr Orbán continued. Ordering further vaccines from abroad would cost us some HUF 120 billion, but the necessary procurements have already been made, and with domestic production “we will be able to guarantee every Hungarian’s safety even as long as for decades,” the Prime Minister stressed.

Regarding the extension of the special legal order, Mr Orbán said there is a need for this in order to enable the government to respond swiftly, given the fact that the neighbouring countries are behind Hungary in terms of vaccination, the number of mutations is on the rise, and three million adults have not yet been inoculated. Therefore, preparedness must be maintained, but he hopes that “during the summer, we will be able to rid ourselves of the special legal order as well”.

He mentioned that the Left had not voted for the extension, “in fact, they said nasty things about us”. However, also to date they have not taken part in our defence operations and the nation’s efforts, “they’ve been making continual attempts to discredit Hungarian hospitals and physicians, and in the meantime, they wanted to slow down the vaccination process” just in order to grab power.

In the context of the extension of the credit debt repayment moratorium until the end of the summer, he took the view that many tens of thousands of forints have been left in the budgets of families, especially in low-income and middle-class families. The extension was necessary in order to gain time for professional negotiations which will decide what will happen after the credit debt repayment moratorium ends.

Regarding the growth of the economy in the first quarter, Mr Orbán said he is more optimistic than Finance Minister Mihály Varga, he expected a higher growth than the Minister or experts in Hungary in general. “The first-quarter data didn’t surprise me at all, and I expect phenomenal second-quarter data, a figure we haven’t seen for a long time.”

One of the reasons is that once again there are the same number of people in employment in Hungary as before the crisis, meaning that the economy is based on work; on the other hand, the data of last year’s comparable quarter was very poor, he said explaining his opinion.

In the third and fourth quarters, too, he expects robust growth figures, even further increase in the number of people in employment for the coming months, and the performance of the national economy could prove to be better than expected, he said.

In the context of the closing of the parliamentary debate on the budget on Friday, he said the opposition are already making statements in preparation for next year’s general elections. The protagonist is Ferenc Gyurcsány, the Mayor of Budapest plays one of the bit parts, “the wife” interprets the budget in a European dimension, “and there is a clown who has no idea about professional issues”. However, clowns should not be taken seriously, and one should likewise not rise to provocations, the Prime Minister said.

Finally, on the occasion of Defence Day, Mr Orbán said the Hungarian army must keep up with everyone not only in terms of military skills and knowledge, determination and discipline, but also in terms of military technology. “We are the most populous country in the Carpathian Basin, we must have the strongest army, too,” he pointed out.