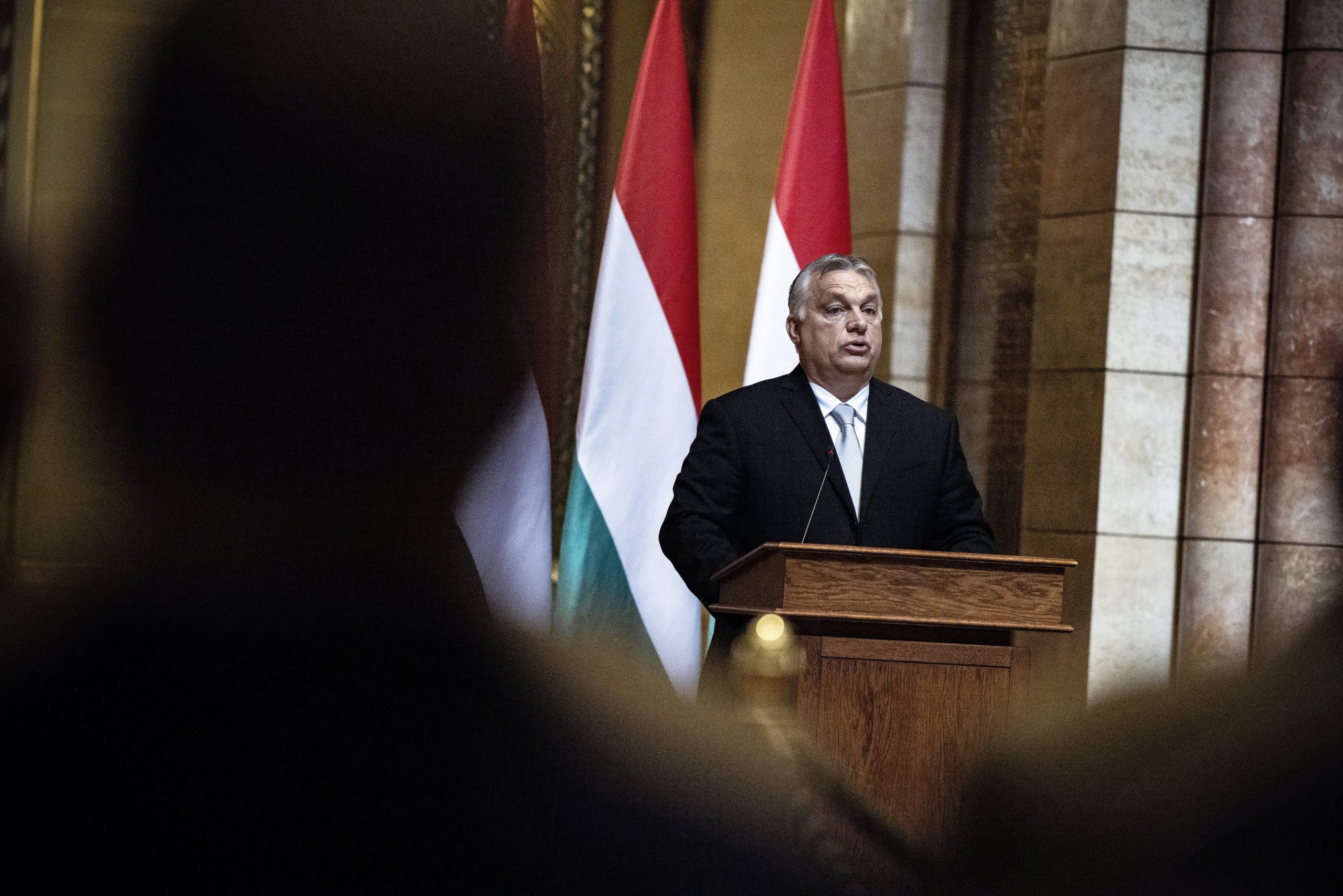 At the event, the Prime Minister highlighted that the task in hand is to build a modern and strong army to ensure that no one should even consider attacking Hungary. The Hungarian army must have a deterrent force, he added.

Mr Orbán said prior to 2010 Hungarian political actors had made serious mistakes because they had failed to meet their obligations towards the country and soldiers, had eliminated conscription, and had failed to restore a modern and powerful army. Luckily, during that period there was no need for defending the country with arms, he added.

He took the view that this state of affairs was shameful, given Hungary’s many hundreds of years of military traditions, Constitution and international obligations. In 2010, the government took over a weak country and a weak army, and the only comfort we had was that the country was a member of NATO, he said.

He stated that a series of military exercises and missions proved that Hungarian soldiers are at least as good as, if not better than their foreign counterparts, and they therefore earned the honour of serving their country amidst appropriate conditions.

The Prime Minister recalled that in 2010 they had inherited huge debts, and so before they had the opportunity to embark on the development of the army, they were required to put the country’s finances in order. After they achieved fine results in the economy and family policy, they needed stability, predictability and funds available for the development of the army in order to build an effective army and a defence industry to go with it, he highlighted.

He took the view that it was the joint success of previous commander-in-chief Ferenc Korom and the Minister that they had got this far, and Mr Korom deserves gratitude for having accomplished that which he undertook to do and having led the army from a state of hopelessness to a state of optimism.

Mr Orbán also said only its own strength and its own national army can lend a free and independent country self-confidence and self-assurance, in particular in a region such as Central Europe. Over here, strong but unsolicited, self-appointed candidates interfered a number of times, and in every instance without exception the result was catastrophic for our country and the region. This is why we must build up this region together with the peoples of Central Europe, he said, adding that good intentions are not enough, one also needs strength, and so in addition to financial stability, one equally needs a modern and effective army.

The Prime Minister also highlighted that we cannot find an ally that would defend our country for us, they would do so at most by our side, together with us. Therefore, if we are not strong, we are lost, and our cause had always failed before the promised rescue forces arrived, he said.

The Prime Minister said thank you to members of the defence forces for their efforts during the pandemic. In addition to the defence operations related to the pandemic, the defence forces also reliably fulfilled their basic duties, including protecting the borders, accomplishing missions and taking part in the fight against terrorism as befitting the glory of many hundreds of years of Hungarian soldiers, a modern army and a NATO Member State, he said.