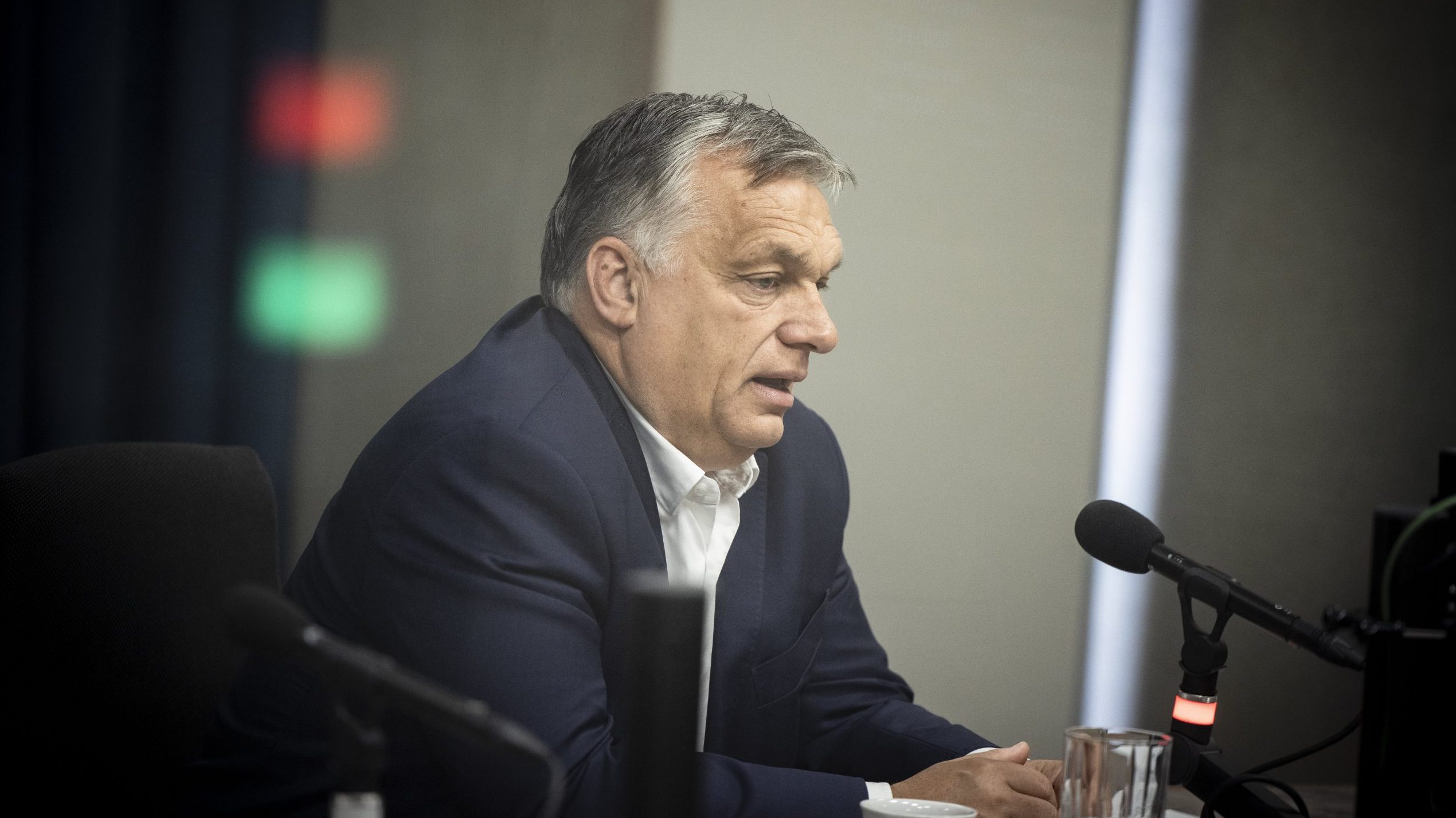 We must fight for the swifter re-introduction of the thirteenth monthly pension
24. 09. 2021.
| source: Cabinet Office Of The Prime Minister/MTI
We must fight for the swift re-introduction of the thirteenth monthly pension so that next year pensioners can receive not only the second weekly, but also the third weekly and perhaps even the fourth weekly instalments, Prime Minister Viktor Orbán said on Friday on Kossuth Radio’s programme ‘Good morning, Hungary’.

The Prime Minister underlined that we must fight because “from credit and from promises we mustn’t increase either wages or pensions; there must be actual performance behind any raise”.

“I’m fighting […] so that in the next elections I can stand before the people and tell them that we have given back to pensioners everything, down to the last penny, that the Gyurcsány and Bajnai Governments took away from them,” he said.

He mentioned among the government’s duties that they must rectify the mistakes of their predecessors and must give the people back at least a one monthly salary and at least a one monthly pension. Mr Orbán said the almost 20 per cent minimum wage increase planned for next year is “rather unprecedented in modern Western European economies,” the effects of which will be countered with tax reductions for small and medium-sized businesses.

The Prime Minister highlighted that as a final result of this, on the first of January next year the minimum wage will be higher than the average wage was during the Gyurcsány-Bajnai era.

Mr Orbán mentioned that the restarting of the economy had exceeded all expectations; there is a good chance that we might reach a growth above 5.5 per cent, and so we must decide what to do with the excess. The fairest solution is to give back the paid personal income tax to families raising children, including the owners of small businesses, he said.

Mr Orbán stressed that any further lockdowns due to the coronavirus epidemic would be unfair on the 6 million people who have had themselves vaccinated, and so if any restrictions are to be introduced, he will propose a return to the use of the vaccination certificate.

He said we have already learnt that only the vaccine helps. The problem is that there are Hungarians who believe this and there are those who do not, the Prime Minister said, adding that the former are safe through having been vaccinated. There is a problem with the latter because they expose themselves to the risk of death, or at least the risk of severe illness.

Encouraging people to have themselves inoculated, Mr Orbán said making vaccination compulsory would meet with resistance. People would accept this at most in the case of health care workers, or if employers required their workers to have themselves vaccinated. Beyond this, Hungarians do not tolerate any further interference in their lives, and the government must accept this, the Prime Minister added.

“I will stand against lockdowns until the last minute, as long as it is possible,” he said, adding that if any restrictions are to be introduced during the fourth wave of the epidemic, he will propose a return to the use of the vaccination certificate.

The Prime Minister said the government is doing everything it can to ensure that the establishment of a family should also convey economic advantages and that those who have children should have a better life than those who do not.

“Our friends came to attend” the Budapest Demographic Summit; a debate on the future of Europe has been launched, and its most important part is whether there will be a future, meaning there will be children or not. Europe’s future lies not in industry, green policies or digitisation. Naturally, these are all important things, but our future lies in children, the Prime Minister stated. Therefore, we must not accept the concept that the missing members of the next generation should be replaced with imported workforce and migrants, he pointed out.

If we want to see our own country and our own world also as the future of Europe, then we need families and children, Mr Orbán added, observing that “at this point in time, the West is unable to sustain itself”.

According to the Prime Minister, the continuity of minimum one, but more like two decades will show whether the Hungarian family policy that is unparalleled in Europe is successful. However, based on data “we’re still only half way there, but the signs are promising”.

Regarding the government’s family policy objectives, the Prime Minister highlighted that the underlying concept is that – similar to the times before the modern era – those who have children should have a better life than those who do not. Unless the government helps with taxation, a system of grants and labour market regulations that assist with offering a better life to women who decide to have children, the economic incentive behind the establishment of a family and the raising of children will disappear.

There is also a need for motivating young people economically to commit seriously to family life at a young age. The government must provide help with this, the Prime Minister said, adding that if we succeed in connecting together a deep human conviction with a financial incentive, then “Hungary’s future will be safe”.

In the context of LGBTQ people, the Prime Minister said he understands them, “they, too, need a place under the sun,” but “a small minority cannot constitute the basis of the general regulations”. We do not accept that they want to raise our children; we will raise them, Mr Orbán said.