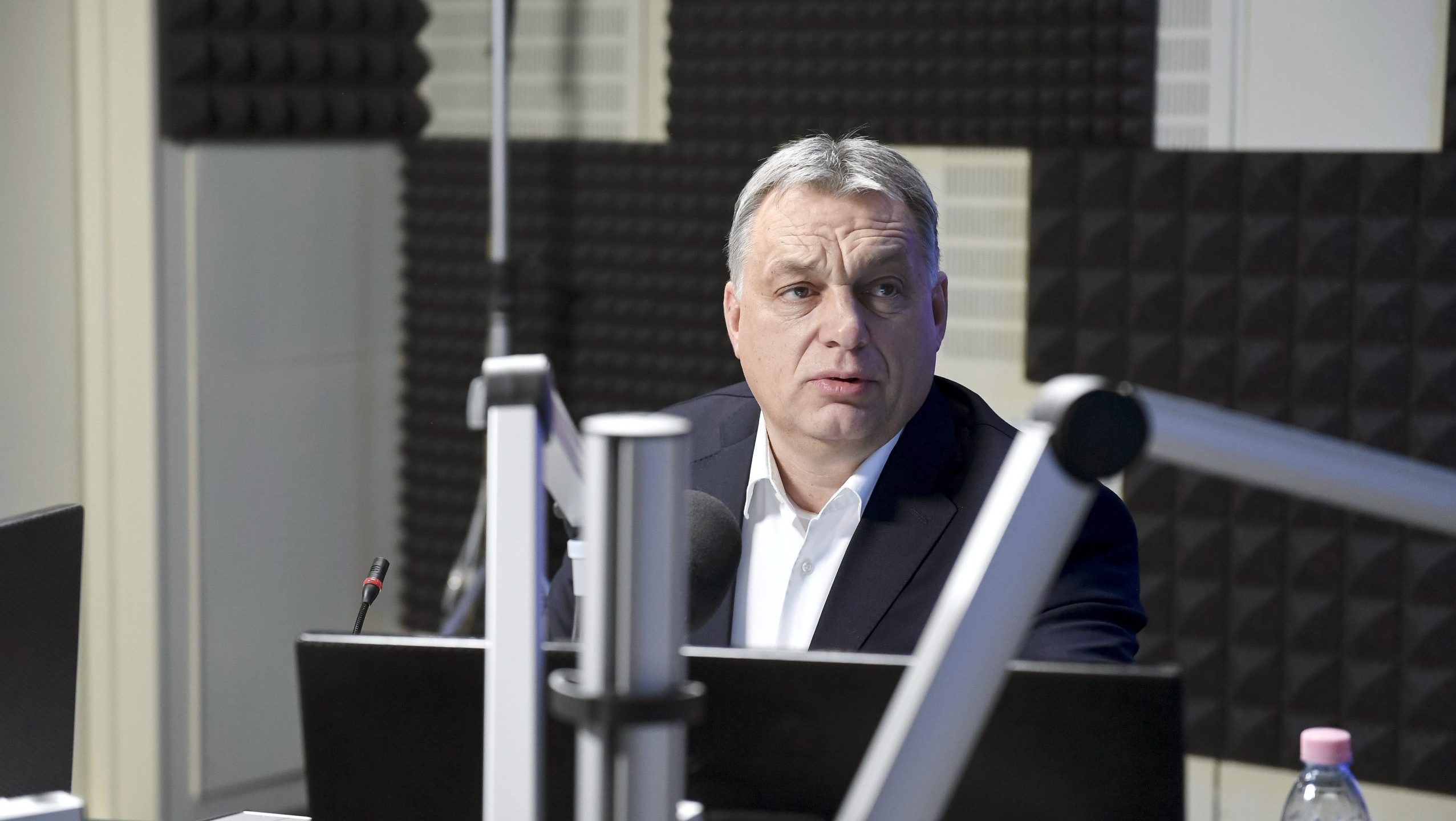 The Prime Minister stressed that Hungary’s borders and the Hungarian people must be protected. Regardless of the sizes of migrant flows, the Hungarian border policing organisations are able to operate and maintain a secure border fence, he said, stating that “we don’t need to worry about Hungary’s security as long as we are united”.

At the same time, Mr Orbán said the organisation of a summit regarding this issue with the attendance of the prime ministers of the Visegrád Four (Czech Republic, Poland, Hungary and Slovakia) and Turkish President Recep Tayyip Erdogan has begun; it will be held before the EU summit scheduled for the end of March.

He described the “upward flow” heading from the South towards the North as an historic trend, indicating that Hungary is an important section of the land route, and believes that the question of the next ten to twenty years is how we will be able to stop this “upward flow” from Turkey. He observed that this “invasion comes and goes in waves”.

The Prime Minister also highlighted that Greece is unable and unwilling to protect its borders, and so migrants can reach the Balkans “trampling over” them which “causes us a great deal of trouble”.

Regarding the issue of the coronavirus epidemic, Mr Orbán said there is a high likelihood that the virus will also appear in Hungary, “this is what we are preparing for, even if at this point in time we are not yet aware of any coronavirus cases”. We must prepare to defend ourselves, he said, highlighting that Hungary cannot be hermetically sealed.

He stressed at the same time that the means necessary for identifying the virus are available, Hungary has internationally recognised epidemics experts, they are operating a round-the-clock duty system, have launched filtering mechanisms at border crossing points and are monitoring airports as a special priority.

He asked the people to cooperate with the authorities and not to travel to infected areas because “we are about to see a global epidemic unfold”.

He pointed out that though it is true that more people die of the flu in this much time than of the coronavirus infection, “we know the flu […], and are able to defend ourselves against it”. Therefore, the people’s “panic reaction is not entirely unjustified as we are faced with an ailment that we know nothing about,” he said, highlighting at the same time that should any important information come to light, they will immediately share it with the people.

Regarding the national consultation to be launched in March, Mr Orbán asked everyone to read the consultation letter, and to complete and send back the questionnaire. Topics of the consultation will include the “prison business”, the case of the Gyöngyöspata school, and the early release of convicts from prison, he listed. In the context of the latter, he indicated that he expects international debates because the administration of justice does not end at the state borders, “we are also part of an international judicial system; whether this is a blessing or not is something we shouldn’t discuss”.

Concerning the “prison business”, he said international conventions prohibit the torture of convicts which is as it should be. The problem is that international courts put a construction on the term ‘torture’ which is contrary to the people’s sense of justice. He mentioned as an example that violent criminals killing entire families should be paid millions of forints because they claim that “they haven’t got enough square metres” and their cells are not adequately ventilated.

He said there are some 12,000 cases in total. “This is a business” that must be stopped, the Prime Minister stated, indicating that he expects international debates, and would like Hungary to be as united as possible on this matter.

The Prime Minister also said the opposition is not their main political opponent, it is “George Soros and his world”; they pose much more of a threat to the country and the government’s work than the opposition. He added that previously Soros had launched three major operations with which he had wanted to plunder the country.

“At the end of the day, it’s always about how the George Soros-type financial empires can gain control over government decisions, from which they then profit financially,” he said, pointing out it is regrettable that “the Hungarian opposition has become intertwined with this Soros-type system”.

He described George Soros and his “team” – the media, journalists, activists and NGOs financed by him – as “a well-organised network which is disguised in civilian clothing, but is moved around on the basis of military logic. Quite evidently, in response to central initiatives, this network is ready to be deployed in battle, adopts topics and attacks governments”.

Regarding the cabinet’s climate protection action plan, Mr Orbán said what comes to mind about opposition local governments’ initiative to announce a state of climate emergency is that in the event of fire, firefighters do not announce “a state of fire emergency” but extinguish the fire. This is an important issue, and instead of announcing a state of climate emergency, we must take action; this is why they have adopted the action plan, he said.

In the context of the EU’s next seven-year budget – about which no agreement has been reached yet – he said the debate regarding Member State contributions is about whether from every 100 forints 1 forint or 1 forint and 30 fillérs should be paid into the common budget. “This is not such an enormous difference that should paralyse Europe,” he observed.

At the same time, he pointed out that in relation to its gross national product per capita, Hungary’s contribution is higher than that of the Netherlands or Germany.

He is therefore urging a fair and just budget so that those who are richer should contribute more, or at least not less than their poorer counterparts.