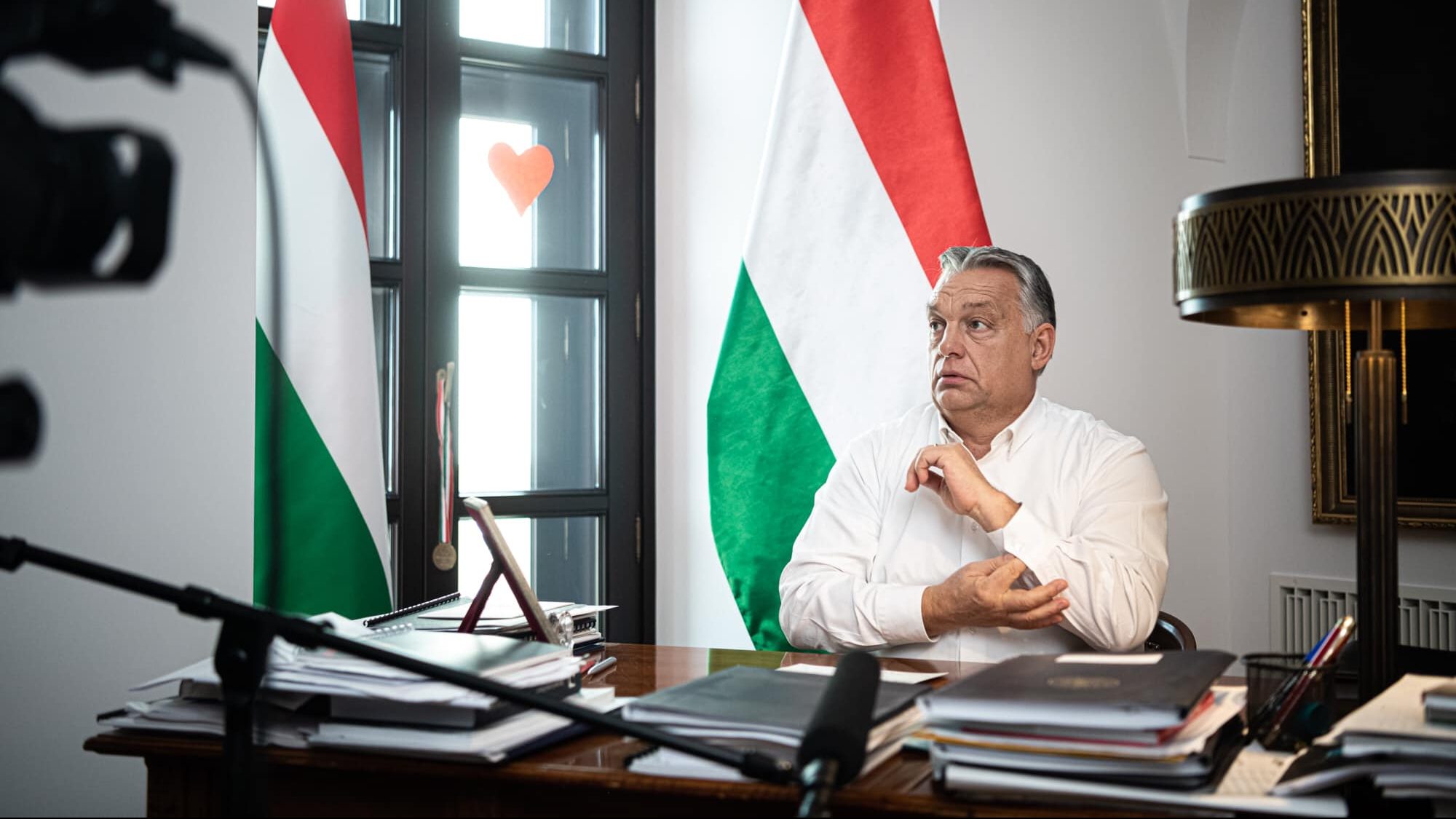 We must reduce number of incidences
09. 11. 2020.
| source: Cabinet Office of the Prime Minister/MTI
We must reduce the number of coronavirus incidences because if the number of infections continues to increase at the present rate, hospitals will not be able to cope with the burden on them, Prime Minister Viktor Orbán stated in a video message posted on his Facebook account on Monday in which he announced measures designed to contain the spread of the epidemic.

The Prime Minister said since the beginning of the epidemic, in Hungary 109,000 people have become infected, while in Europe as many as 9 million, and according to experiences, the spread of the epidemic tends to follow that observed in Austria at a delay of a week or two.

He stressed that while hospitals had been fully equipped and everything was available, including beds, ventilators, face masks and other protective equipment, and physicians and nurses were making superhuman efforts, “they are only human, and are only available in finite numbers,” he highlighted.

He added that there were several weeks left until the arrival of the vaccine.

“If the number of infections continues to increase at the present rate, our physicians and nurses – meaning our hospitals – won’t be able to cope with the burden weighing heavily on them. Therefore, we must reduce this burden, that is, the number of incidences,” he said.

He pointed out that the wearing of face masks was no longer sufficient to slow down the spread of the virus; it is therefore necessary to introduce measures that contain the spread of the epidemic. With this mind, the Operational Group reviewed the situation and made recommendations.

The Prime Minister said if Parliament grants the government the extraordinary powers it is asking for and Members of Parliament vote for the government’s proposal, from midnight Tuesday measures similar to those in effect in Austria will be introduced.

He said there will be a curfew from 8.00 p.m. until 5.00 a.m. “By 8.00 p.m. everyone must be at home,” he said. Going to and returning from work as well as emergencies constitute exceptions to this rule, he added.

Mr Orbán also announced that all gatherings will be forbidden, restaurants will be required to close down and will only be permitted to offer delivery services, while onsite canteens at places of work will be allowed to remain open. Shops, hairdressers and other service providers will have to close at 7.00 p.m., while hotels will only be allowed to receive business guests, not tourists, he continued.

The Prime Minister further announced that sports events will only be permitted to be organised behind closed doors, individual exercise will be permitted in open spaces; however, amateur group sports will be forbidden. Leisure time facilities such as gyms, indoor swimming pools, museums, theatres and zoos will have to remain closed, he laid down.

He also said higher education can only operate online, and the boarding facilities of educational institutions will have to close. He added that in secondary schools, in education after grade eight, digital education will start, while creches, nursery schools and elementary schools will remain open for the under fourteens.

Mr Orbán announced that hospital workers, school teachers, nursery school teachers and creche personnel will have to be tested with weekly regularity. He added that this must be done even if they are aware that rapid tests only have a 50 to 60 per cent reliability rate.

Regarding economic measures, the Prime Minister said, based on the proposal of the Hungarian Chamber of Commerce and Industry, in the case of hotels, in the first thirty days after closure, the state will reimburse 80 per cent of bookings made by 8 November. Conditions of this are that employees must not be laid off and must be paid their salaries, he added.

He also said restaurants and leisure time facilities will not be required to pay the employment-related contributions in relation to their workers for the next 30 days and the State will reimburse one half of the wages of workers. This is conditional on the requirements, he continued, that the employees are not dismissed and are paid their salaries.

He indicated that these measures would take effect from midnight Tuesday, meaning zero hundred hours on Wednesday, and would be kept in effect for the time being for thirty days, but could be extended if necessary. “Let’s hope this will not be required,” he said.

“I know, we all know that it won’t be easy. The next few weeks will be difficult. But the vaccine is now within reach, we must hold on until then,” Mr Orbán said, stressing that until then we must take good care of our compatriots most at risk.

“We must take good care of the elderly and the sick, we must observe the rules. Let’s take good care of each other. If we combine forces, together we will succeed again,” the Prime Minister said concluding his video message.