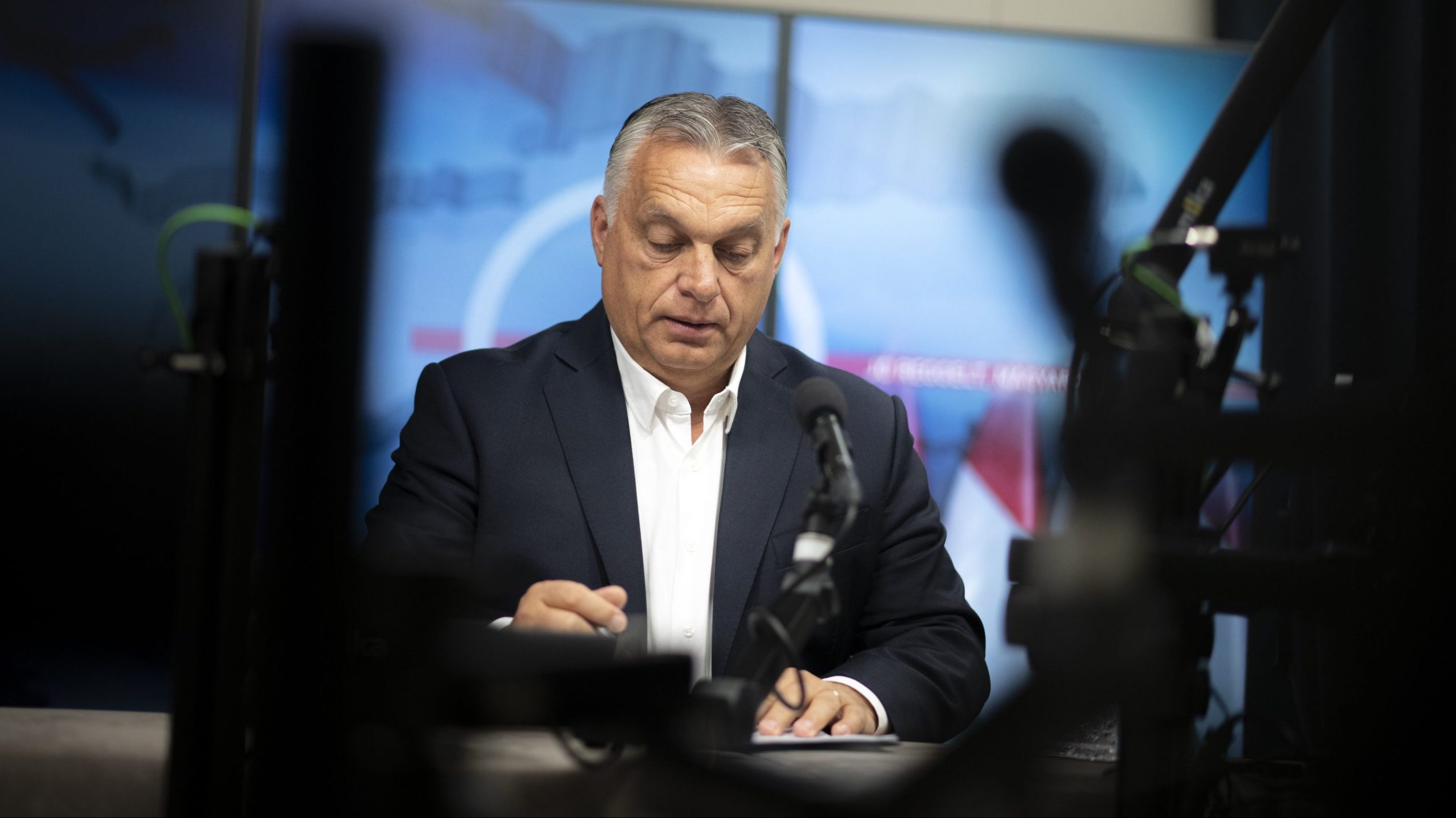 The Prime Minister pointed out that a household energy crisis had developed in a number of European countries in the wake of the idea of Brussels bureaucrats that a changeover to renewable energy sources could be best achieved by raising prices. They are raising prices intentionally, Mr Orbán stressed, adding that this issue is also a battle between political camps, also now the Left keep pushing for market prices in Hungary.

He said the government rejected this and defended the low level of household energy prices in Parliament as well. However, had they accepted a return to where we were during the Gyurcsány-Bajnai era, today an average family would be required to pay over 360,000 to 370,000 forints more annually, there would be HUF 32,000 less left in the monthly family budget.

He highlighted that Hungary, Poland and the Czech Republic demand the revocation of the rules which have contributed to the present high prices. To this end, they have already tabled a number of proposals, and the issue of household energy prices must also be placed on the agenda of the next summit due to be held in two weeks’ time, he added.

Mr Orbán also said the Hungarian economy was able to reach its pre-pandemic performance, and this is a big joint achievement of the whole of Hungary. This is why it is now possible to take several steps which had previously been inconceivable: they are paying an eighty-thousand-forint pension premium to pensioners and families will be refunded the taxes they paid in 2021.

The Prime Minister said the exemption from the payment of personal income tax will be available to a million young people.

They are also making every effort to give back the entire 13th monthly pension, he said. The conditions for this are not yet available, but if in the coming months everyone does their job well in the country, it will be possible, he stated.

He observed that if they are indeed able to raise the minimum wage to HUF 200,000 – which would mean that the minimum wage will be higher than the average wage was during the Gyurcsány-Bajnai Governments – “then we will have had a wonderful year”.

The Prime Minister said teachers are right because they were the first who were given a pay rise in 2013-2014. It was a substantial increase at the time, but in the meantime the wages of others have increased, there has been inflation, and they have fallen behind. This is not fair, and teachers are right to ask for a pay rise, he stated.

He took the view that next year there could be a 10 per cent raise, and in January 2023 – if the performance of the economy remains at the present level – there could be an even higher pay rise. Teachers are now preparing to go on strike, and so they will have talks and will attempt to reach a long-term agreement, he said.

Mr Orbán pointed out that while the Hungarian economy is indeed in a good state, the sovereign debt is high, it is between 75 and 80 per cent. “When a country has a 75 to 80 per cent sovereign debt, the economy may well be doing well, but it is walking on thin ice,” he said, adding that “we must keep our wits about us, a single flawed economic policy decision, a single ill-timed action can break the ice beneath our feet”.

He was of the opinion that pay rises and the revenues arising from the performance of the economy must be used in such a way that the sovereign debt must be continuously reduced and lowered to below 50 per cent at the same time.

He said as regards the funds coming from Brussels, Member States decided to raise money from the world market together and to give it to them – to be used for specific purposes – so that they can swiftly recover from the crisis. Some of them, including Hungary, have still not received their share which is not fair, “it means that there are no equal opportunities,” he pointed out.

He said the EU’s position is that they will give Hungary its share of the funds if we let LGBTQ activists into our schools. “Luckily, the Hungarian economy is doing well, and we don’t want to accept money from them at the price of handing over the sexual education of our children to them,” he stated, adding that we are entitled to this money, but this debate is resulting in a delay.

The Prime Minister said he will have the third dose of the vaccine against the coronavirus next week, and advised everyone to follow suit. Covid-19 is a young virus, and so no one knows anything for certain, but a number of variants are causing devastation, and as expected others will follow, he said.

What, however, every doctor knows for certain is that the vaccine works, and it is better to have the third dose than to not have it, he pointed out.

He added that due to the autumn weather, the virus is spreading faster.

He observed that Katalin Karikó “is our hero, she saved the lives of many million members of humanity”. “Perhaps, this doesn’t warrant a Nobel Prize,” but she did a heroic job, and “we’re very proud of her,” he stated.

He said at the same time there is an international competition where young workers compare their skills, and in this young Hungarians did extremely well. The future of Hungary depends not only on Nobel Prize winners, but equally on whether we will have world-class skilled workers, the Prime Minister said.