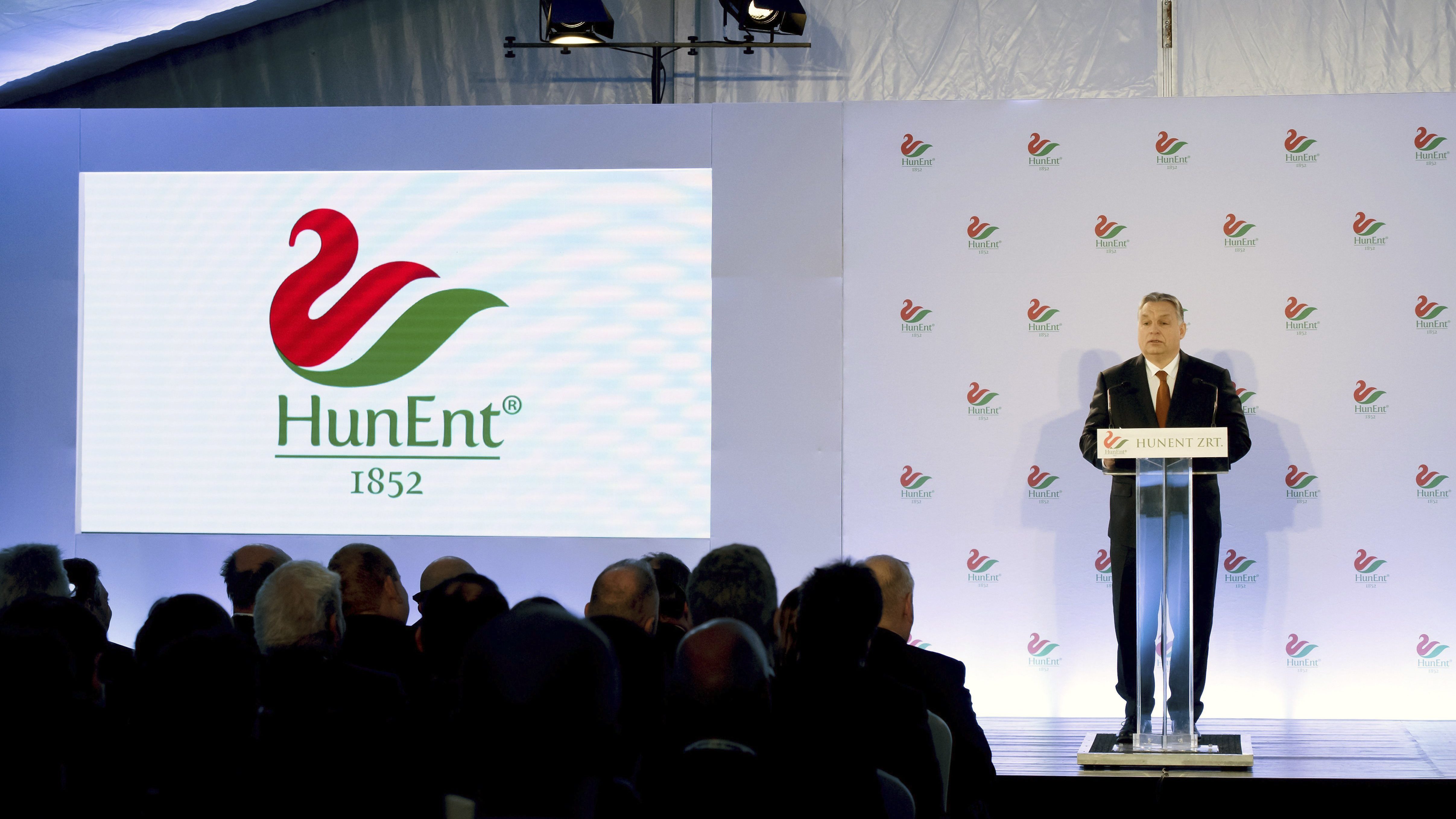 We need successful small towns and strong Hungarian enterprises
28. 01. 2019.
| source: Cabinet Office of the Prime Minister/MTI
At the inauguration ceremony of Hunent Zrt’s new waterfowl processing plant in the town of Mélykút in Bács-Kiskun County on Monday, Prime Minister Viktor Orbán said that Hungary’s future needs successful small towns, and another of the Government’s priority goals is to strengthen Hungarian enterprises.

He declared that the Hungarian model is working, and Hungary is performing increasingly well. On the subject of economic plans, he confirmed that Hungary’s economic growth should exceed that of the EU as a whole by at least 2 per cent, because in this way Hungary will be able to gain a competitive advantage. He stated that this will require twice as many businesses like Hunent as there are at present.

Mr. Orbán said: “It is good to see that we are already living in an age in which production investment projects costing billions of forints are being realised, because our conception of Hungary’s future is for small towns to be successful and Hungarian villages to also have a future; and these goals require investments of this kind.”

The Prime Minister stressed that now Mélykút can boast one of Europe’s most modern waterfowl processing plants. He stressed that the 40 million euro investment, which is creating 350 new jobs, was successfully realised by a Hungarian family firm, and added that there is a good chance that work on the next phase of development will also begin soon.

Mr. Orbán also noted that the new investment is good news for farmers living in the area, who can now calmly plan their future and will have work.

“The investment is also a clear indication that the Hungarian poultry sector will continue to soar”, he said, highlighting that thanks to the new plant Hungary will be able to maintain its prominence in Europe in the production of high-quality duck products – in second place behind France.

Speaking about the financial backing for the new plant, the Prime Minister stated that a major part of the cost was provided by the company, the Government contributed over 4 billion forints, and more than half of the sum was provided by the internationally- 0owned International Investment Bank, which operates with Russian participation. In relation to the latter, he added that this is the first investment that the bank has supported in Hungary recently.

At the end of his speech the Prime Minister said that in the Government’s opinion, a healthy economy stands on two legs: one is provided by international companies, while Hungarian companies provide the other. “We will be satisfied when Hungarian companies form the stronger of these two legs”, he said, noting in closing that “We stand on national foundations, and accordingly our priority goal – and one of my personal priorities – is to strengthen Hungarian enterprises”.

In his speech, István Kiss, Chairman of the Board of Hunent, explained that the company decided to launch the investment in 2013, the foundation stone was laid in 2017, and the project was realised in little over a year; thus one of Europe’s most modern waterfowl slaughterhouses was established. The main goal was to increase capacity and efficiency, he said, adding that the plant uses the latest technologies, including a unique logistics centre with a computer-operated cold storage unit.

Mr. Kiss stressed that similar investments are not only vital to maintaining the competitiveness of the company, but also that of the country, and he observed that implementation of the project was also aided by a special government decision.

He explained that the group of companies employs some 700 people in the region, and with a turnover in excess of 20 billion forints is contributes to the performance of the export-oriented Hungarian economy.

In closing the Chairman told reporters that the company is also planning to establish another processing plan, which is expected to be completed by 2020.

At the event the region’s Member of Parliament Gábor Bányai said that, in addition to water, in future the most important item in short supply will be healthy food, and this is one reason why the new plant in Mélykút is particularly important.

He noted that budget funding has been spent well, and one of Europe’s most modern slaughterhouses has been completed.

Nikolay Kosov, Chairman of the Board of the International Investment Bank, which provided the loan for the project, stressed that the new plant in Mélykút is an example of a good investment, and a state-of-the-art agricultural production plant has been established with the creation of 350 jobs. The Hunent investment will also facilitate the development of Hungary’s trade relations, he added.

He also pointed out that Hungary is the third largest shareholder in the International Investment Bank, and the Bank could begin issuing its shares on the Hungarian stock market this March. Mr. Kosov also noted that the bank will be transferring operations to Budapest – perhaps by the end of this spring.

According to its website, Hunent is one of Hungary’s largest poultry processing companies, with a history of 150 years. The company’s main profile is duck meat processing. It distributes these products in whole form, in pieces, and in chilled and frozen form. Its product range includes pre-roast and ready-to-eat foods, in addition to which the company also delivers made-to-order products for its export and domestic partners.

At the event it was stated that the daily slaughterhouse capacity of the 8.5-hectare site is fifty thousand ducks or thousand geese.