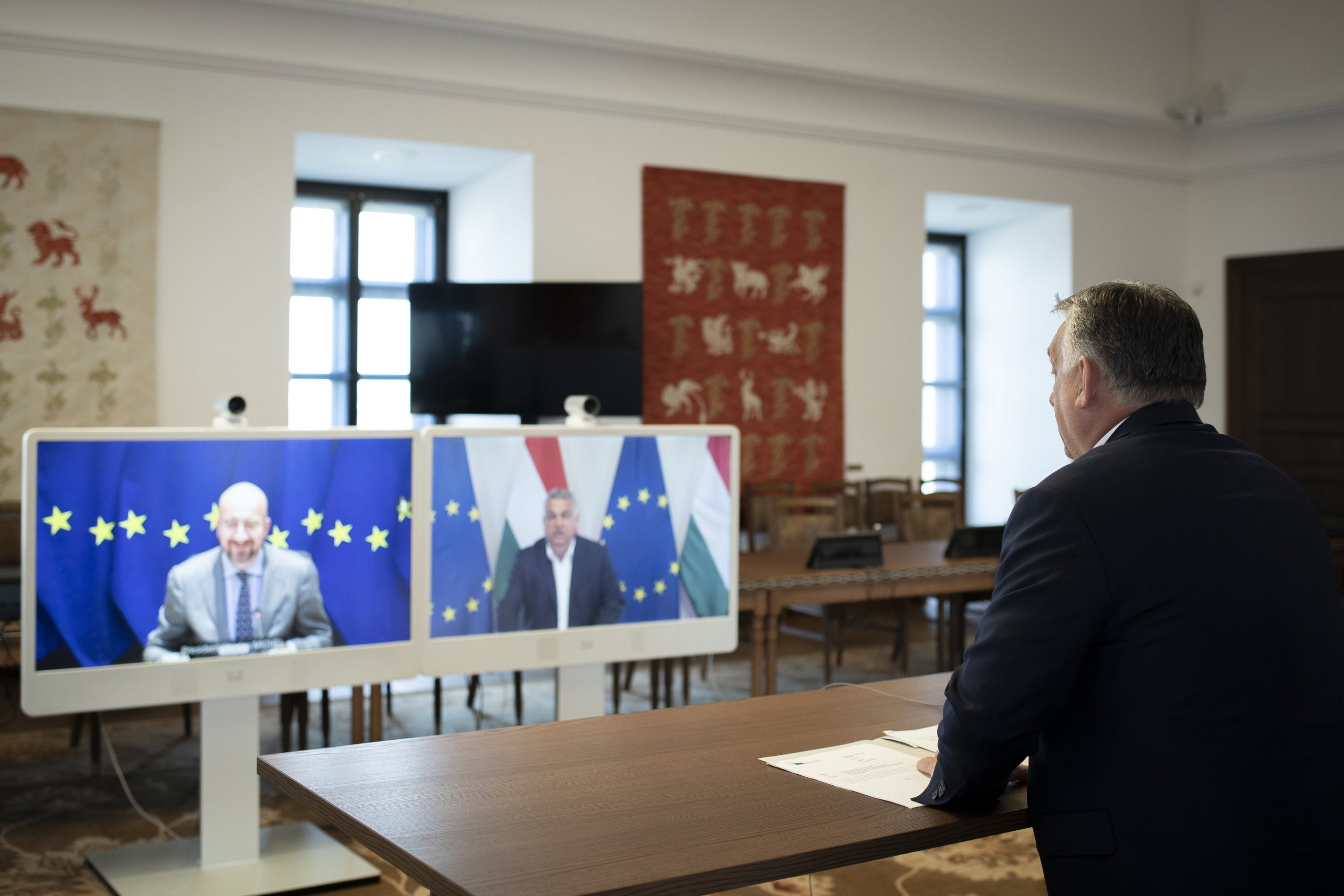 We stand up for Hungary’s energy security
23. 05. 2022.
| source: Cabinet Office of the Prime Minister/MTI
As part of a video conference, Prime Minister Viktor Orbán and President of the European Council Charles Michel had talks on Monday in preparation for the emergency EU summit to be held on 30-31 May, Bertalan Havasi, the Prime Minister’s press chief informed the Hungarian news agency MTI.

At the meeting, the parties spoke about the impacts of the war in Ukraine on Europe, including the issues of military, energy and food security.

During the talks, Mr Orbán repeatedly stood up for Hungary’s energy security, and stressed that a solution must be found to our country’s supply concerns before any sanction can be imposed in relation to Russian oil supplies, the head of the Press Office of the Prime Minister reported.