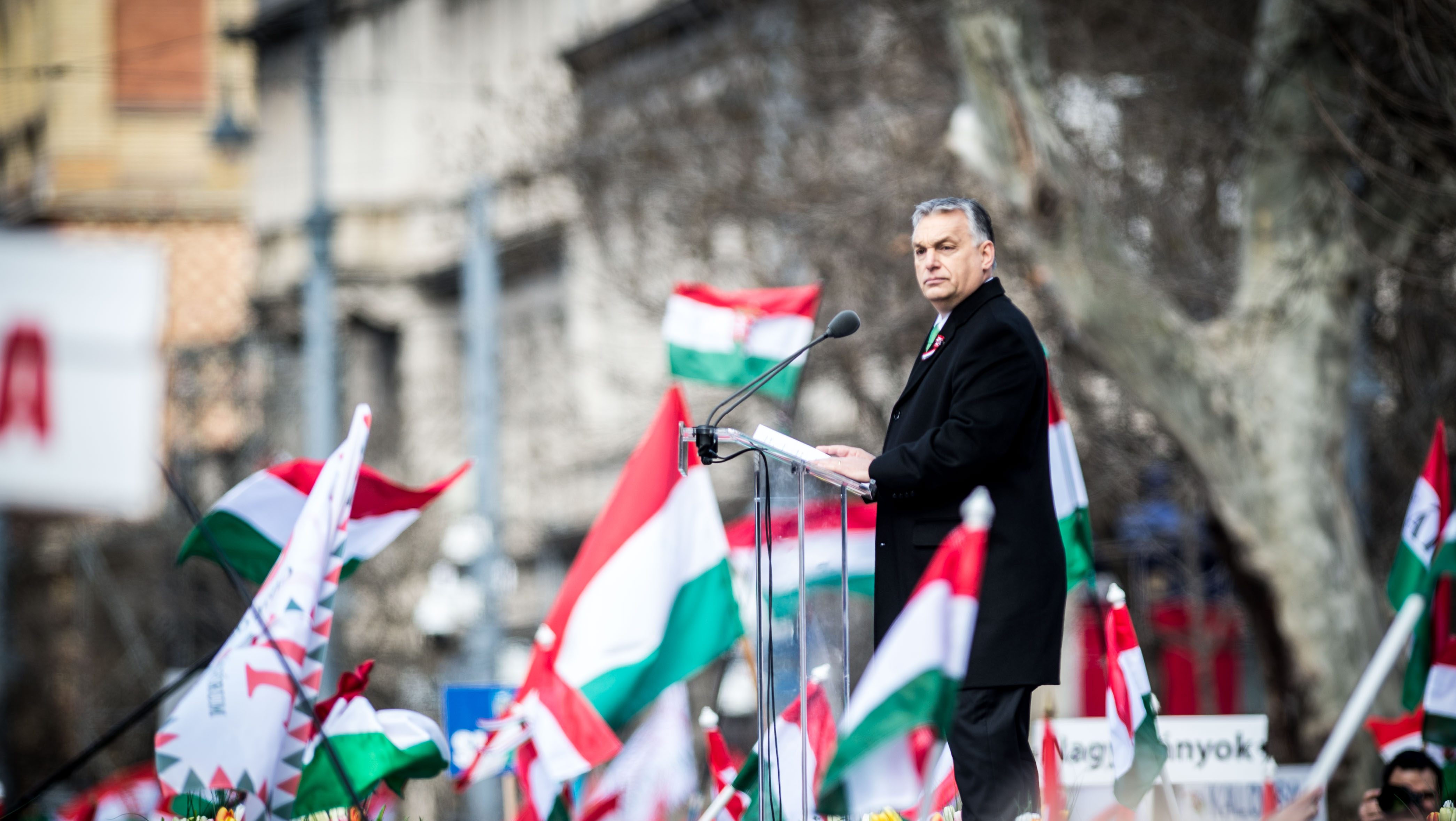 At a ceremony marking the annual commemoration of the 1848–1849 Revolution and Freedom Fight, the Prime Minister stressed that without Christian culture there is no Hungarian freedom, and neither is there a free Hungary, “regardless of one’s personal belief in God, or lack of belief.”

Mr. Orbán stressed that “We want the scales to fall from the eyes of the peoples of Europe”, so that they realise that in a liberal European empire everyone loses their freedom.

He said that “To be truly free one cannot be the subject of an empire: one must be the child of a free nation,” adding that “A European can only be happy if they are allowed to freely decide their own fate and the fate of their nation.”

He observed that we know that the Hungarians of the first millennium chose to adopt Christianity from their own free will, and later Hungarians fought tooth and nail for the right to freely choose – against the will of the Ottomans, the Habsburgs and the Soviets.

The notion of freedom, he said, is rooted in Christianity, because before God everyone is equal. He added that the Fundamental Law of Hungary also recognises the role of Christianity in preserving nationhood.

We are preparing for a spectacular Central European ascent

The Prime Minister said that “we are preparing for a spectacular Central European ascent, and restoration of our former greatness, [and] a Central European renaissance of overwhelming power”.

Mr. Orbán went on to say, “The Poles are with us here today. They are with us here again, just as they were always with us: in 1848 and 1849, and then in the twentieth century. […] Without Poles, Hungary would not be free today, and Europe could not have been reunified.”

He pointed out that Poland is the largest and leading country in Central Europe, and that “When Poland is attacked from Brussels, the attack is against the whole of Central Europe – and against us Hungarians.” His message to “empire-builders who seek to cast their shadow over Central Europe” was that they will always have to reckon with the strong bonds between Poland and Hungary.

The Fifteenth of March is the promise of national unity

The Prime Minister declared that “every year we have vowed by the God of the Hungarians that we shall stand up for our freedom and reject the role of slaves. This shared national avowal means that every Hungarian will stand up for every other Hungarian, and that all Hungarians will stand united for Hungary.”

He described 15 March as the promise of national unity, quoting the first line of “The 12 Points”: “Let there be peace, liberty, and concord”. Mr. Orbán stated that this “reminds us that amid life’s hurly-burly and quarrels there should be a shared national goal that unites us.”

“As varied as they are, with their myriad disparate desires, Hungarians are still united by the shared will that in Hungary a free nation should live in its own independent state,” the Prime Minister said.

He added that “There was never, is not, and never will be an empire – however strong and cunning – that could change this.”

According to Mr. Orbán, “Our freedom fights have repeatedly ended in occupation, but we have never been truly defeated. Here – in the shadow of empires and at the crossroads of civilisations – in the end we won all our wars for the survival of the homeland and the nation, and for Christian culture.”

“We were, we are, and we shall continue to be. The word ‘Hungarian’ will once more be exalted, and worthy of its great fame of old. This is how it shall be, again and again, until the end of time. This is the greatest triumph that a European nation like ours can achieve over empires.”

“And, at the southern borders of Hungary, it was also we who halted the migrant invasion launched against Europe. It is also we who want a strong Europe, strong nation states and strong leaders at the head of Europe – not bringing problems here, but taking help there, to where it is needed.”

We want a new beginning to halt the decline of Europe

He spoke of the desire for a new beginning, in order to halt the decline of Europe, “to end the fever dream of a United States of Europe, and to enable Europe to once again belong to Europeans.”

He said that to love Hungary is to unify Hungarians again and again, and Hungarians can only be unified under the flag of freedom.

In Hungary, if there is freedom there is everything

According to the Prime Minister, if there is freedom there is everything: “happy times of peace, security, many children, a flourishing country, a strong nation.”

He highlighted that “For us freedom is not a goal, but the route to our goals.”

Mr. Orbán declared that “We Hungarians want simple things, just as in 1848: our own homeland, good neighbours, understanding partners, loving families, and work that has worth, meaning and results.”

He observed that “Therefore for us freedom is not an abstract notion, but life itself: breath, lifeblood and a beating heart.”

The Prime Minister stressed that “Because we are free, life holds wonderful things for us Hungarians. The years ahead will prove that we Hungarians did not come into this world to suffer in life, but to give life meaning.”

Freedom and patriotism are Hungary’s two pillars of strength