Speaking about the project covering almost 250 hectares, the Prime Minister stated that “Hungary will position itself on the world map of vehicle industry research, development and testing, and we Hungarians will take a step towards becoming one of the automotive industry’s strongholds in Central Europe”. The Prime Minister noted that this simultaneously provides opportunities for automotive industry companies present in Hungary, specialists looking for positions in the sector, research workshops and suppliers.

He said that the claim that without EU grants there would be no economic growth in Hungary is an enduring sign of a Hungarian inferiority complex. The test track, he said, is living proof that “we are not dependent on crutches, and we stand on our own feet”: Hungarians have their own resources, their own abilities, and they can perform to European and world standards while solely utilising their own resources. He pointed out that between 1998 and 2002 – when Hungary was not yet a member of the European Union – his government had been able to implement an economic policy which raised economic growth to over four per cent.

Mr. Orbán also said that other sites in addition to Zalaegerszeg had also been considered for the test track. He added that Minister of State for Education László Palkovics, Mayor Zoltán Balaicz and local Member of Parliament László Vígh had argued strongly for their home region, in order to provide a home for a major project which will send Zalaegerszeg the message that it has a future.

In the Prime Minister’s words “We are letting the new industrial revolution into this region”. At the forefront of this initiative is Germany, which is “both Hungary’s most important and most loyal economic partner, and cooperation with Germany has enabled the automotive industry to become one of the drivers of the Hungarian economy”.

As figures for the first quarter show, he said, the performance of the vehicle industry has also made a sizeable contribution to Hungary being in the EU’s top five most rapidly growing economies, but “by the end of the year we would like to be in the top three”.

In his view, “We should be proud of being able to make Mercedes, Audi and Suzuki vehicles, but we would like these cars to be at least partly designed and developed here, and – if possible – to have them all tested here as well”. He added that within a matter of days a decision will be made on funding for the related project of construction of a dual-carriageway linking Zalaegerszeg to the M7 motorway. Planning work has already begun, and the deadlines can be met, he said.

The Prime Minister also pointed out that the new industrial revolution and digitalisation will bring with them not only opportunities, but also risks, the consequences of which we cannot yet see clearly.

He outlined a vision for a traditional European life “which seeks to build the European future on work, innovation and performance”, but which, in addition to development and growth, must also enable the preservation of values.

We must, he said, stand up “for families, our national communities, our church communities, the conventional forms of raising children and the traditional family model which can be combined with industrial development at a pace which inevitably will be extremely rapid”.

He expressed the aim of a “Hungarian Hungary”, and mobilisation of Hungarian labour reserves without the introduction of immigrants and migrants. Mr. Orbán described a vision of a European future based on performance, work, innovation and traditional values, saying that the Government is convinced that in such a Europe Hungarians can hold their own.

László Vígh, local MP and ministerial commissioner for construction of the test track, said that it was a year ago to the day – at the conference “Cars of the Future” at Budapest University of Technology and Economics – that the Prime Minister had announced construction of the Zalaegerszeg automotive industry test track. He stressed that, together with expertise in the field, Hungarian industry, higher education, research and development could create “the Hungarian automotive industry’s Silicon Valley” in relation to the test track.

Zoltán Balaicz, the Mayor of Zalaegerszeg, highlighted that 1,800 new jobs were created in the city in 2015, the number of jobs increased by another 1,200 last year, and company projections and negotiations with investors suggest that a further one thousand jobs will be created this year.

He went on to say that the next few years can see the start of planning work on the dual-carriageway linking the city to Route 8 and Vasvár, which will provide businesses in Zala with links to Austria, Germany and Western Europe. It is to be hoped, he said, that a government decision will soon be adopted on construction of the Zalaegerszeg logistics centre and shipping container terminal, which will take advantage of the proximity of the international port at Koper.

Among the hundreds of guests at the Zalaegerszeg event were: Minister for National Economy Mihály Varga; Minister of State for Economic Development and Regulation at the Ministry for National Economy István Lepsényi; other politicians; representatives from Bosch, Continental, Ericsson, General Electric, Flextronics, Huawei and Nokia; and the British, Japanese, German and Austrian ambassadors to Hungary. 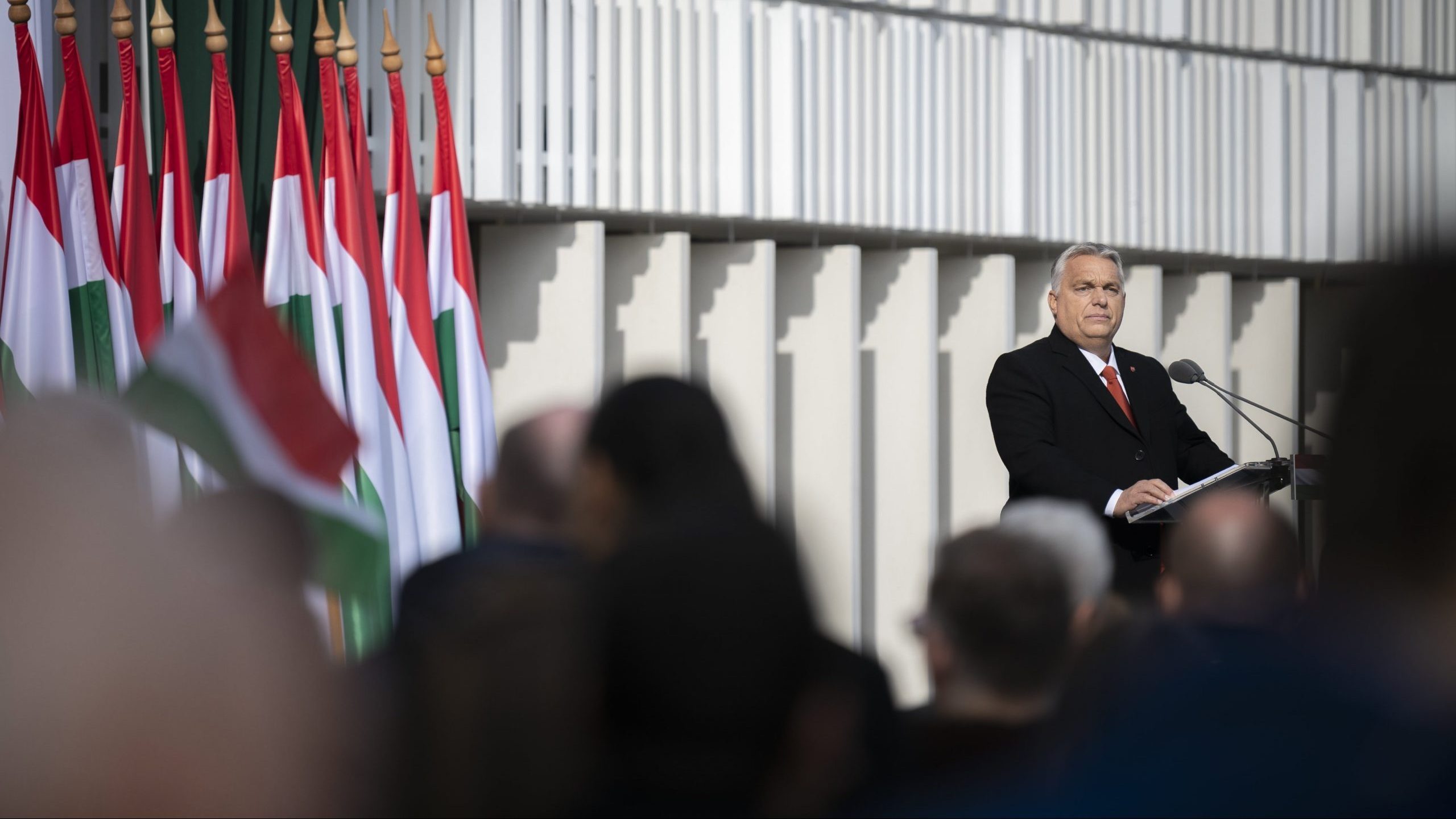 We are able to defend Hungary’s interests

Prime Minister Viktor Orbán to deliver a speech in Zalaegerszeg