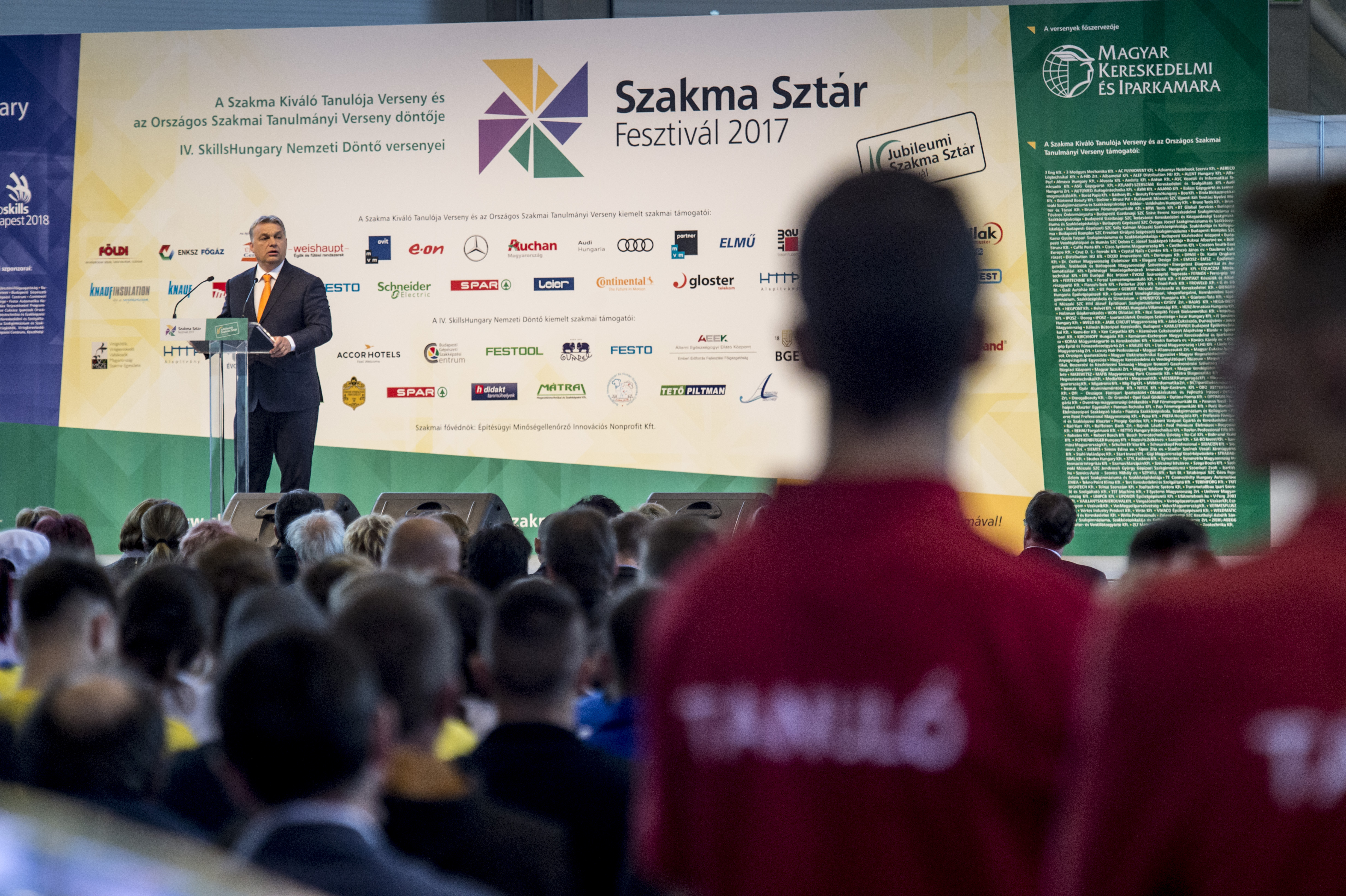 Digital skills development to begin for 260,000 workers
24. 04. 2017.
| source: Cabinet Office of the Prime Minister/MTI
At Hungexpo in Budapest on Monday the opening event was held in the three-day, tenth-anniversary Szakma Sztár (“Vocational Star”) Festival, organised by the Hungarian Chamber of Commerce and Industry. In an address at the event, Prime Minister Viktor Orbán said that the Government will develop and launch a number of new schemes together with representative bodies from professions, will arrange digital skills development for 260,000 workers, and will provide special scholarships for those studying IT. The festival will host the finals of the national vocational study competition and the “Outstanding Vocational Student” contest.

The Prime Minister added that the scholarship system for vocational students will be further developed. This initiative has already been started in occupations with skills shortages, and opportunities for student placements will also be made available.

The Prime Minister urged students to take account of business and the economy, because the demands of the economy will decide who will find a job immediately after finishing their studies, and who could find themselves in a “dead-end” because of a bad decision.

Today, he stated, the economy is sending the message that there will be demand for highly-trained people – including tens of thousands of new IT engineers – who are adequately prepared for the new digital era and who are committed to European culture and its work ethic.

Mr. Orbán also reassured young people that they will always come first, and that job opportunities offered by Hungary will not be given to others – either to guest workers or migrants. The Prime Minister highlighted that businesses in Hungary are competing energetically for good specialists, and this will continue in the future. Those who wish to work will have the opportunity to do so, he added: the number of jobs will increase and wages will continuously rise – mostly for those who are good at their work.

The Prime Minister told the students present that “Hungary will become what you make it: an optimistic, prosperous, safe, well-educated and developing homeland; or a country in stagnation and decline”.

László Parragh, President of the Hungarian Chamber of Commerce and Industry, said that a good vocational qualification has the same value as a degree. At this year’s Szakma Sztár Festival the best students will compete in 41 occupations, with some 15,000 students expected to attend the event. Mr. Parragh added that at the first finals in 2007 only 11 occupations were represented in the competition, but since then the event has come a long way: now more than 9,000 students come to the event from outside Budapest, and some 5,000 are expected from Budapest. Almost 70 per cent of the students have not yet decided on the careers they wish to pursue, he noted.

This year the competitors in the EuroSkills and WorldSkills events are also demonstrating their skills, he said, and next year Budapest will host the European competition for young skilled workers. Hungary won the right to host the event by beating Norway into second place; Hungary’s fifth place in last year’s competition – among 28 European countries – played a major part in this, he said. This year the competition has been expanded with further vocational qualifications in IT, which now features in 6 occupations, he said.

Mr. Parragh said that the competition comprises three rounds: foundation level, regional and national. This year 5,255 students entered the nationwide competition, 456 qualified for the second round, and 224 made it to the national finals. They represent 102 educational institutions, including from outside Hungary’s borders. 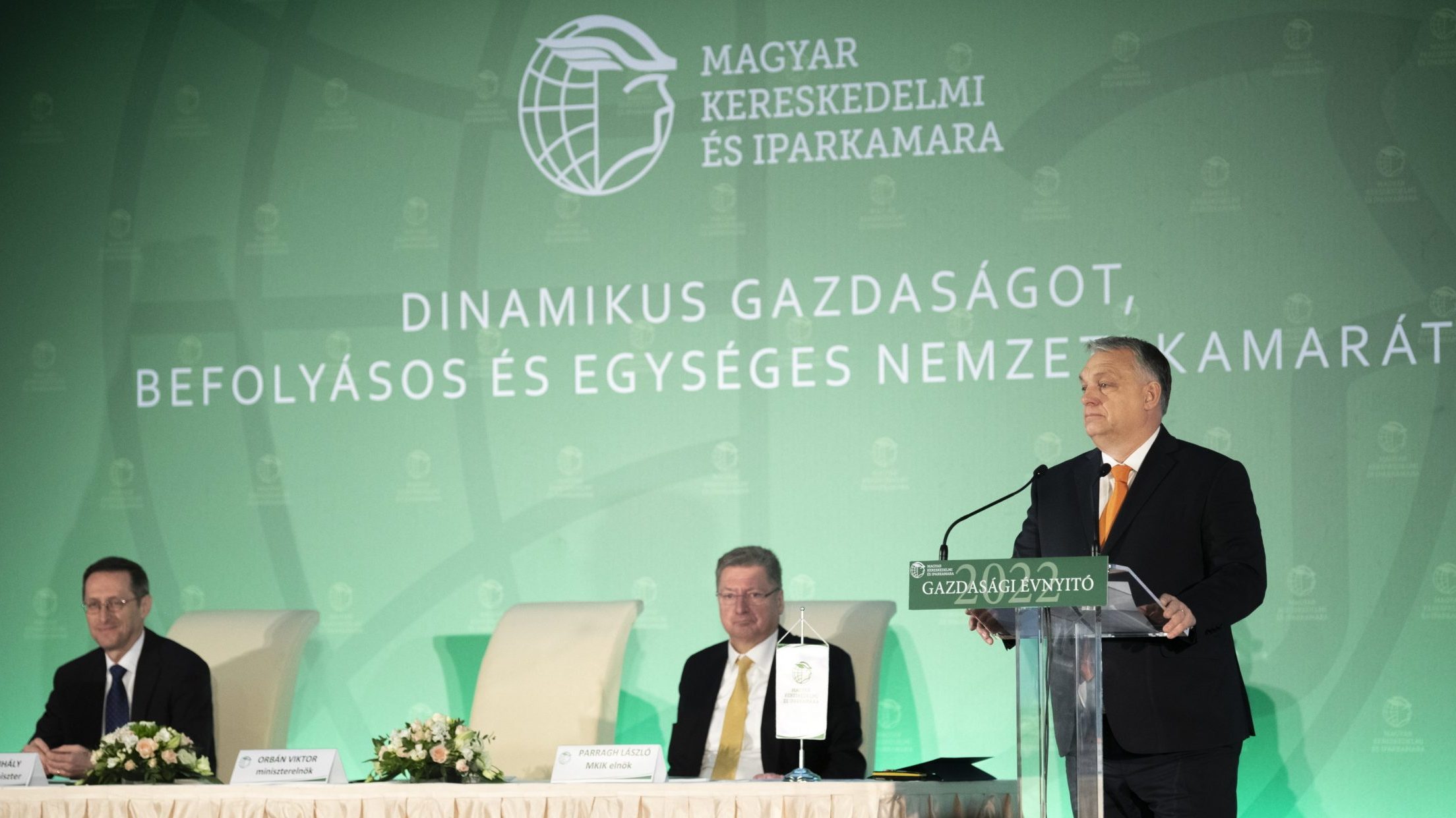 What is at stake in the elections is whether the new Hungarian economy will remain, or we will return to the old one