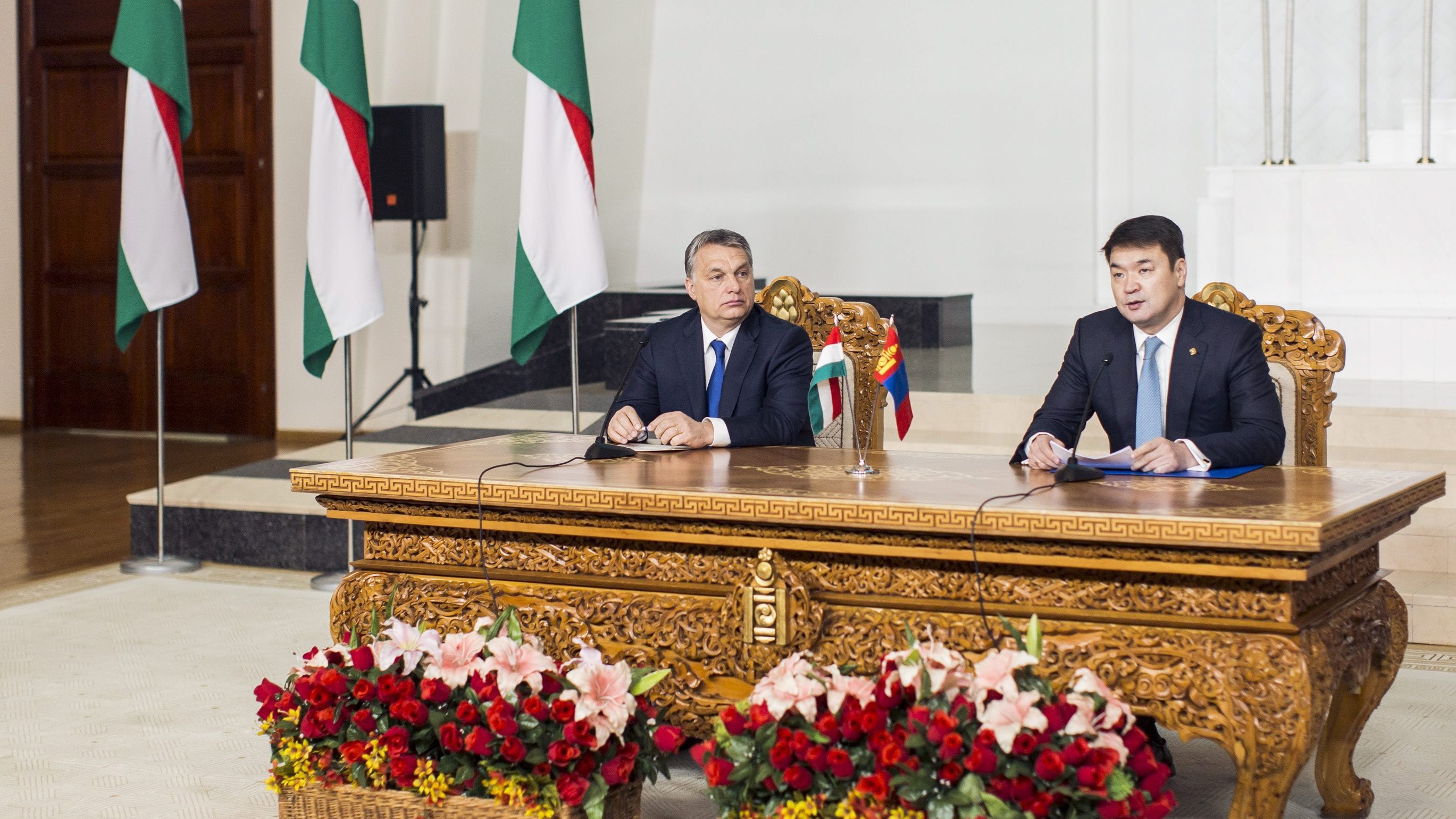 The Prime Minister of Hungary was on a three-day official visit to Mongolia. On Monday morning, local time, he was received at the Government Palace in the capital Ulan Bator by Mongolian prime minister Chimediin Saikhanbileg.

At the press conference following the meeting, Prime Minister Orbán stressed: “In recent years Mongolia has achieved great development and the performance of the Hungarian economy is also exceptional in a European context, and so the question arises of whether both countries will be successful independently, or will also achieve joint successes. It would seem that the Mongolian government also has an interest in joint successes”.

“Our hearts brought us here”, Mr. Orbán said, adding that this does not mean that Hungarians are the “enemies of our own pockets”; he explained by saying that he hopes the current meetings will both deepen Hungarian-Mongolian relations and facilitate business cooperation.

“We have now returned here”, the Prime Minister continued, explaining that the Hungarian economy had experienced a difficult period, during which the Hungarian Embassy in Ulan Bator had to be closed, but that “we have now fought our way out of that difficult situation” and have re-opened the embassy; “we have returned to Mongolia”, he said. The Hungarian delegation was accompanied by fifty businesspeople who run successful Hungarian enterprises and are seeking opportunities to cooperate with Mongolian enterprises, he highlighted.

The Prime Minister welcomed the agreements concluded prior to the press conference, especially citing the fact that Eximbank has provided a credit line of 25 million US Dollars for the modernisation of the Songino Biocombinat factory. In addition, Mr. Orbán also feels there may be an opportunity for Hungary to provide assistance to Mongolia in exploiting export opportunities for its animal husbandry products.

Mr. Orbán also mentioned the fact that four hundred Mongolian students have completed their studies at Hungarian universities so far, one hundred are currently attending courses with state scholarships and Hungary would like to double this number.

One Hungarian university has a department of Mongolian culture, which is a cause for pride, and there is a desire to improve the presence of Hungarian culture in Mongolia, he continued.

Mr. Orbán said that he felt the talks had been successful, honest and open, and that this gave encouragement to business stakeholders to achieve joint economic success.

At the press conference, Prime Minister of Mongolia Chimediin Saikhanbileg pointed out that Hungary re-opened its embassy in Ulan Bator last year, which proves that the country places great emphasis on bilateral relations with Mongolia.

He stressed that his Hungarian counterpart’s visit is greatly contributing to the development of Mongolian-Hungarian relations and within every field, adding that the main topic of talks had been cooperation between the two countries, making that cooperation closer and raising economic relations to a new level.

The Mongolian prime minister also said he felt the talks had been successful and welcomed the agreements signed and the fact that Hungary would be providing more scholarships to enable Mongolian university students to study in Hungary.

Several documents were signed prior to the press conference, including a protocol on reviewing existing agreements between the two countries, a declaration of cooperation between Eximbank and the Mongolian Development Bank and a cooperation agreement between the Hungarian Banknote Printing Shareholding Company and the Mongolian State Registration Authority. Following the press conference, the Hungarian delegation was received by Zandaakhuu Enkhbold, Chairman of the State Great Khural, after which the two prime ministers gave speeches at a Hungarian-Mongolian business forum. 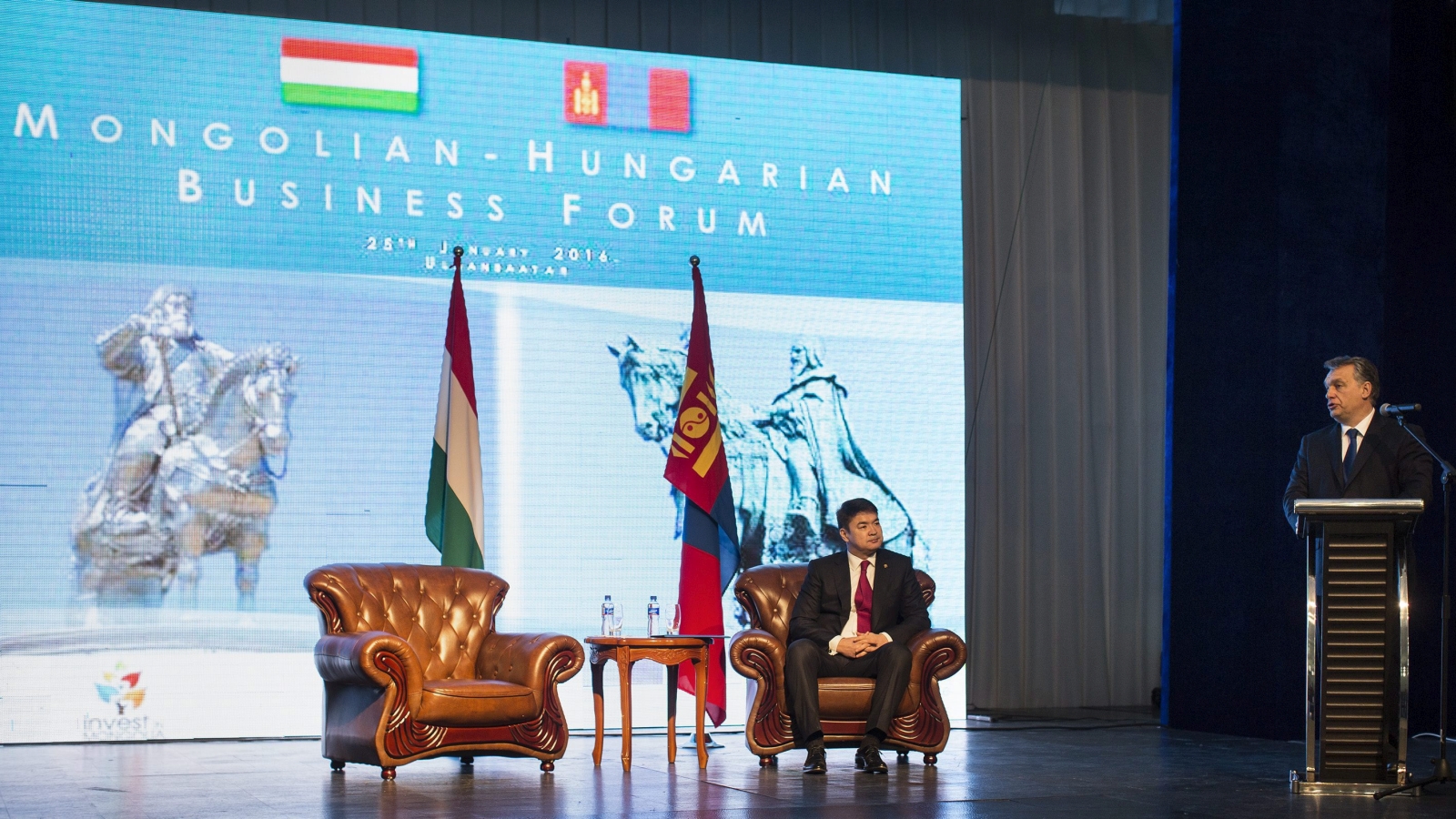 Hungary and Mongolia are among the world’s successful nations