Hungary is one of the safest countries in Europe
10. 10. 2017.
| source: MTI
There are two types of countries in Europe today: those where life is safe and those where it is not. Hungary is one of the safest countries, thanks to our outstanding police officers, Prime Minister Viktor Orbán said on Monday at Heroes’ Square in Budapest, at the oath-taking ceremony of 227 non-commissioned police officers and the inspection of the new service vehicles of the police.

The Prime Minister stressed: security will be one of the greatest values in Europe in the next few years. Not only the peaceful and predictable lives of families will depend on it, but also Hungary’s performance and economic success, he stated.

Mr. Orbán highlighted: the work of Hungarian police officers commands respect as they have protected the borders of Hungary and Europe in recent years in such a way that the country’s general level of public security has also improved.

“Only those can penetrate our borders now who arrive legally, and respect our laws”, the Prime Minister stressed. He said: the Hungarian people are hospitable, “all strangers with good intentions are entitled to hospitality in our country”, but it is a common interest “to filter out anyone coming here with ill intentions, to prevent the abuse of our hospitality, and to protect our own security”.

He told the non-commissioned officers that during the course of their work they will also experience hostility and aggression, but he drew their attention to the fact that “beneath the uniform, there is also a heart, not just muscle”, and therefore whilst it is their duty to enforce the law without compromise, they will also have to pass the test of humaneness.

Upon addressing the oath-takers, the Prime Minister further pointed out that even amidst the greatest trials, they must remain faithful to their country and oath. They should also be proud of their oath because they have committed themselves to protecting such important things as the safety of Hungarian families, our outlook on life resting on our national culture, and the social order that stems from our thousand-year-old Christian past, he appealed to the attending officers.

“For us, Hungarians, all of this has constituted the rock-solid foundation for many long centuries upon which we may build a safe and secure Hungarian future. (…) There are European countries where these important things are things of the past, or random forms of co-existence at most”, Mr Orbán said.

In his words, the Hungarian police have deservedly earned the people’s trust and appreciation in the past seven years. He added: there have been some in the police force also in the recent past who have perished in service, and others who have barely survived the attacks of criminals pulling weapons on them. “I wish to take this opportunity to welcome our police officers returning to service after their recovery”, he said.

From among the achievements of the police, he highlighted that, compared with 2010, there are some 7 thousand more police officers serving in Hungary, and this number will further increase.

This is what has made possible round-the-clock police presence on public premises, the almost full replenishment of the staffs of constabularies, and the progress of the training of border guards to plan. Additionally, this year alone more than 15 billion forints have been spent on the renewal of the vehicular fleet of the police, he added, stating that they would like to replace the entire police car fleet in the next few years. He remarked that 387 vehicles have been placed at the disposal of the police on this occasion.

“You are now the sworn-in members of one of Europe’s most successful and most reputable police forces”, Mr. Orbán closed his speech to whom the new service cars were presented afterwards for his inspection. The two police officers who were injured in the Teréz körút bomb attack last year, but who have since recovered and resumed their duties also took part in the presentation ceremony.

At the beginning of the ceremony attended by Interior Minister Sándor Pintér and Antal Rogán, the Minister heading the Cabinet Office of the Prime Minister, in addition to the Prime Minister, the attendees paid tribute to those who died in the accident which occurred on Monday morning on the M5 motorway with a minute’s silence. As was stated at the ceremony, the van which became involved in a major accident on the motorway was transporting the patrolling officers of the Rapid Response Police. The driver of the van and one of the police sergeants travelling on board, a member of the Rapid Response Police patrol, lost their lives. 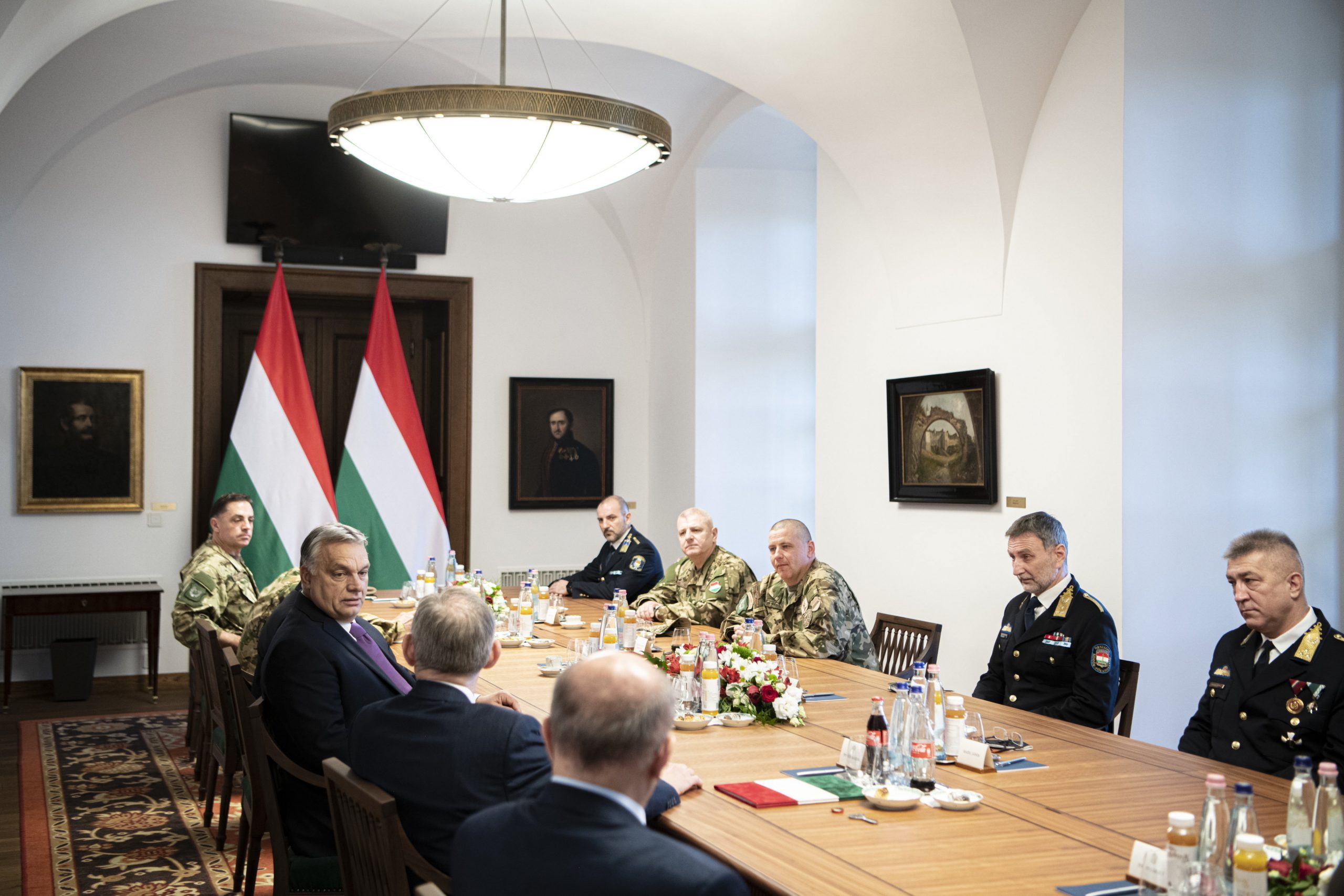