Only Viktor Orbán’s candidates can be relied upon to oppose Soros’s candidates
06. 04. 2018.
| source: Cabinet Office of the Prime Minister/MTI
Viktor Orbán has spoken of the danger that “Soros’s people” could be installed in government in Hungary, as has happened in other countries, and this is what the “Soros Leaks” recordings make clear. If Soros’s people have influence in government, the Prime Minister said, they will occupy the Hungarian energy sector and the banking system. In an interview published in the Thursday edition of the Hungarian weekly “Figyelő”, Mr. Orbán also said that the Hungarian people will pay the price for that, and so against Soros’s candidates the people can only rely on Fidesz-KDNP candidates.

He said that “According to Sorosist calculations, other candidates are already in their pockets”, and therefore on 8 April the only responsible decision is to vote for both the Fidesz candidate and the Fidesz party list.

According to Mr. Orbán, today the international media, Brussels and powerful economic interest groups are trying to ensure that a weak coalition government is elected in Hungary, because only with such a government can the influence of Brussels be fully enforced. He said that immigration could change the character of Hungary irrevocably. Only a united government that is capable of making decisions will be able to resist the pressure from Brussels, the Prime Minister declared, and only the national side is able to form such a government in Hungary.

Mr Orbán also stated that courageous decisions must be taken to improve the country’s competitiveness, and after looking into the concepts of various groups, in January 2019 a robust competitiveness policy must be launched.

Mr. Orbán stated that if a decision is made on one or another of these four pillars, it must also take account of the other three pillars: for instance, one must not make a competitiveness decision which may detrimentally affect demography, or the other two pillars.

In the Prime Minister’s opinion the current Hungarian tax system is working well, incentivising performance, without neglecting questions of fairness.
Therefore, he said, proportional taxation will remain in place, as it is only fair that a person who earns ten times more than another person should pay ten times more in taxes than that person. Proportional taxation also helps people to plan their future in a predictable manner, he stated.

The Prime Minister said that Jobbik is clearly trying to “dodge around” Fidesz-KDNP, and is seeking to manoeuvre itself towards the Left.
At times this leads to amusing situations, which undermine the credibility of Jobbik’s politicians, he observed: “People who a few years ago were burning EU flags have now become regular Brusselites. This is about nothing but money and power.”

Mr. Orbán stated that if there is a weak government in Hungary, the influence of Brussels will not only be felt in immigration: not only would such a government immediately open the borders to migrants, but it would also make decisions which would destroy the country’s competitiveness.

He declared that if the Left enters government in any form, household utility bills and taxes will increase, with Hungarian businesses especially at risk, as their taxes would increase the fastest. In the end this would lead to a renewed rise in unemployment, he said.

According to the Prime Minister and leader of Fidesz, “the apparently hapless” Hungarian opposition parties should not be underestimated as opponents, as their strength is derived not from themselves, but from infusions coming from abroad. He said that “They are dangerous because they are fighting as the mercenaries of their foreign masters, and this is a major source of danger”, and if these parties came to power in accordance with the interests of the international forces behind them, they would then carry out the orders of those forces.

In the Prime Minister’s opinion, the election on Sunday will be about the future. Today political discourse, he said, does not focus on the fact that on the Left there are those who before 2010 took the country to bankruptcy, and that on the national side there are those who prevented this – and who have indeed achieved major economic results with their actions in government. He added that people must be told that immigration threatens these economic achievements, because immigrants must be provided for; but Hungary’s culture and way of life will also be threatened.

Speaking about migration, Mr. Orbán said that the battle in people’s heads has already been decided, and people have come to understand what would happen if Hungary, too, bowed to pro-immigration policy. He thinks that an anti-migrant majority has come into being not only in Hungary, but across the whole of Europe, and now the question is how this “massive societal majority” can become a political majority.

The Prime Minister described 2018 as a very important year, as it will be decided whether “global forces – in pursuit of their own interests, and assisted by Brussels bureaucrats – will be able to impose pro-immigration governments on countries that are fundamentally opposed to immigration”.
The decisive battle in the European Council will take place in June, he said, as Brussels is again trying to force through an automatic migrant distribution mechanism. In the first round, before the end of 2018, Hungary would be required to take in ten thousand people, Mr. Orbán said, and the quotas would be continuous.

The Prime Minister said: “There will be no point in us defending our borders if Brussels resettles ever more immigrants here. In that event the quotas would ensure the arrival in Hungary of still further tens of thousands of migrants, on the basis of a Brussels decision in which national governments would have no say.”

According to Mr. Orbán, if at the European Council meeting in June Hungary is not represented by an anti-immigration prime minister, then “we too will fall”, and “In that event, Hungary will be taken away from its people”. When asked whether those promoting immigration are driven by money or ideology, Mr. Orbán said that George Soros is a financial speculator who never does anything that he doesn’t make money from in the end. 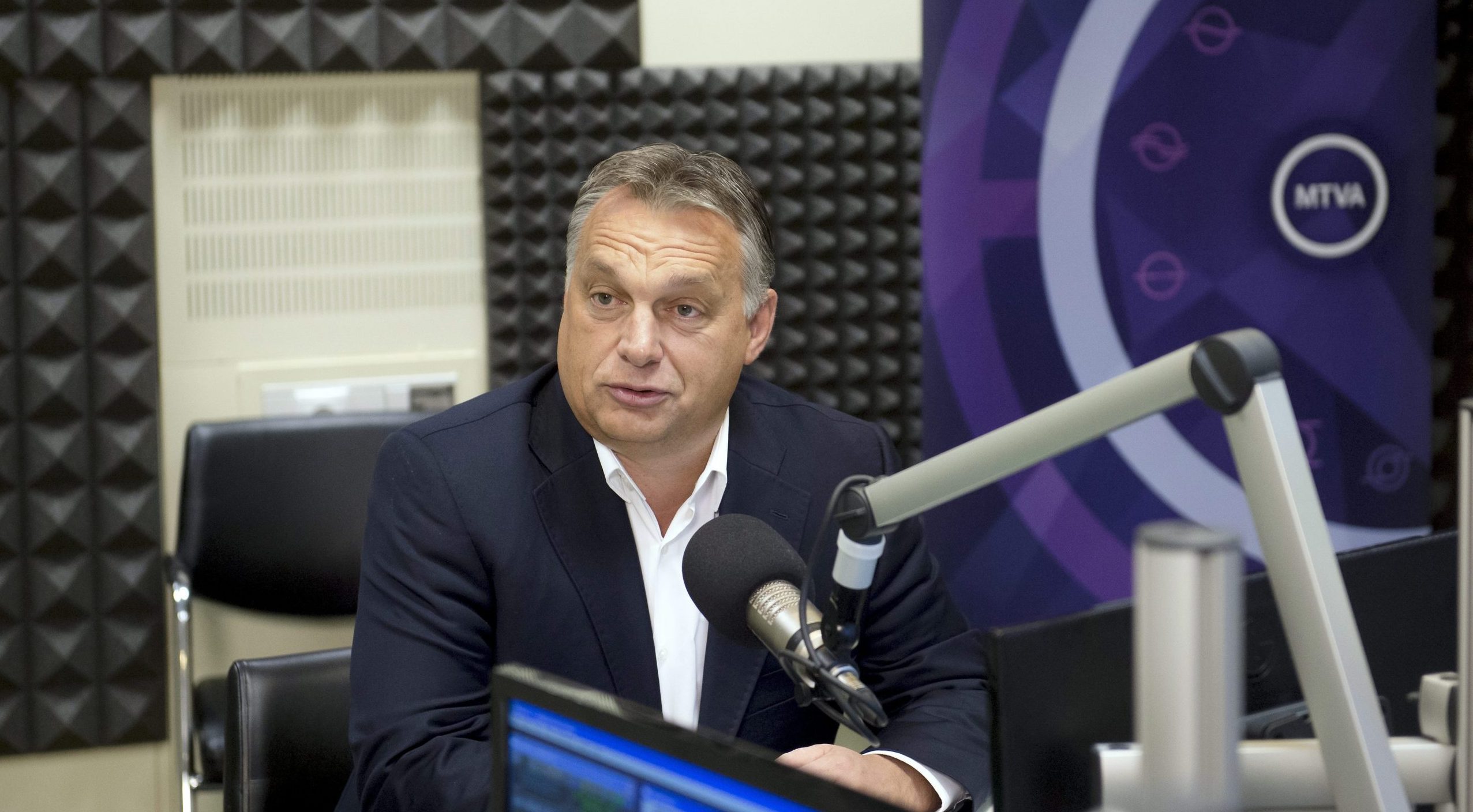 First vaccinations could start on 27-28 December