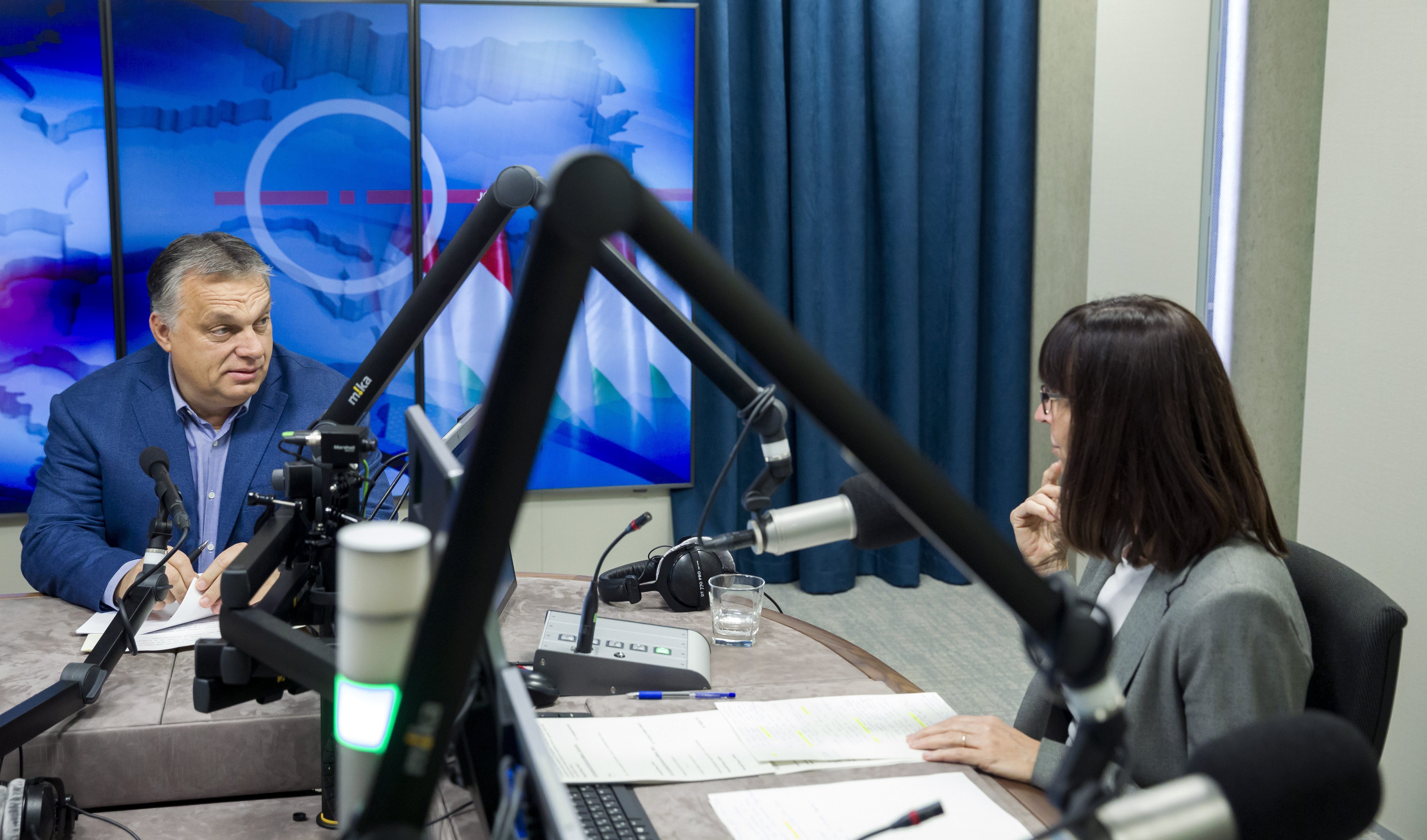 People can have faith in Hungarian economy
31. 05. 2019.
| source: MTI/kormany.hu
The economy protection action plan is necessary also because in Brussels economic decisions are adopted time and again which are positively disadvantageous for the Hungarian economy.

Speaking about the economy protection action plan adopted at the Wednesday cabinet meeting, the Prime Minister said this package of measures was necessary for two reasons. On the one hand, because the Hungarian economy is expanding at an accelerating rate in a European economic environment which is in the process of slowing down, and this will most definitely have an impact on Hungary. Therefore, some changes are required for maintaining the Hungarian growth potential. On the other hand, in Brussels day in day out economic decisions are adopted, he added, which are positively disadvantageous for the Hungarian economy, the action plan is necessary also on account of those decisions.

He highlighted that Hungary needs foreign investments involving the latest cutting-edge technologies because those who are left out of competition in this field will find themselves at a disadvantage.

However, the government must primarily support Hungarian small and medium-sized businesses. Therefore, as part of the economy protection action plan, they are helped with tax reductions, development tax benefits and the further capitalisation of guarantee funds, Mr Orbán said.

He also spoke about the special government securities called ‘government securities plus’. This is a flexible investment option with preferential interest rates, from which the entire country will benefit. He indicated that they will also launch an advertising campaign about this new option.

“The people can have faith in the Hungarian economy, and therefore the tax reductions could lead to spectacular results within a month or two,” he stressed, adding that as a result, it will be possible to attain the goal that the growth rate of the Hungarian economy should exceed the EU’s expansion rate by 2 per cent.

Regarding the tragedy of the boat – carrying South Korean tourists – which capsized on the Danube on Wednesday, Mr Orbán said “An incident like this shocks you to the core because after all, an accident occurred where passengers had virtually zero chance of survival”. The Prime Minister offered his condolences to the family members of victims; he also offered his condolences in person when he spoke to South Korean President Moon Jae-in on the telephone. He asked the authorities to conduct a stringent and thorough investigation covering every detail. “We want to know precisely what happened and why,” and they will then inform the public about the outcome of the investigation.

We have achieved a victory that commands respect

The Prime Minister said Hungary did receive that respect in the form of congratulations as there was not a single Member State leader who did not find it important to congratulate him on the election victory in person. “In the EP elections the Hungarian people demanded respect for themselves, and they received it,” he highlighted. He said it is interesting and revealing that the leading parties of the countries attacked by the “Soros-type system of foundations, non-governmental organisations and liberal media network” – in addition to Fidesz-KDNP, the Polish government party, the Italian Lega and the Austrians – did best in the EP elections.

Regarding Fidesz-KDNP’s results, he said receiving more than 50 per cent in a party list election is nothing short of a miracle. He promised that they will use well the trust that has been vested in them.

He also observed that the EP elections had swept some governments away, including the British and Austrian governments, and there will be early elections in Greece as well. He expects to see “a government or two to take a tumble in the coming weeks when they evaluate the election results”.

In the context of the election of new officials in the European Union, Mr Orbán repeated that he will only support a candidate for president of the European Commission who is opposed to immigration, respects European nations and is ready to protect Christian culture; and “we do have such candidates up our sleeves, more than one,” but it is too early to mention names. He added at the same time that the Visegrád Four (V4) will be united during the adoption of decisions about EU leaders. The era when the Germans and the French decided on important European decisions is over because today the V4 must be taken into consideration with equal weight, he highlighted.

The Prime Minister pointed out that at the EU summit on Tuesday they stated clearly that the lead candidates are not automatically the candidates of the European Council for the office of president of the commission. “We put them to one side”, he said regarding the lead candidates.

He added that, in the shadow of the talks about the persons of leaders, the heads of state and government will also have to compile a strategic document laying down the goals of the next five years, and party issues can only be discussed once that document is complete. Regarding party issues, he said the weakening of the strength of the two large parties, the people’s party and the socialists, has continued, they do not have a majority even together, and therefore a more complex bargaining system will be required in the future. The place of Fidesz – which is a member of the European People’s Party today – will have to be determined in this “realigning system of planets,” he continued, and they will then see which way the party family will move, whether they will be able to influence the direction it will take, and whether that will conform to the best interests of the Hungarian people. “If so, then we will stay, if not then we will find a seat in another formation,” he said.

Regarding the domestic opposition’s EP election outcome, he congratulated them on their results, saying that “this is just fine”. He repeated that he felt throughout the campaign that the people are not satisfied with the opposition.

Within the opposition, such forces have now received greater support, he said, with which he has already “grappled” more than enough in the past 30 years. It was because of them that in 2010 the people called Fidesz-KDNP back into power as those who governed between 2002 and 2010 destroyed the country.

If the embargo doesn’t apply to Russian oil conveyed via pipeline, that is an acceptable solution for Hungary, but only in combination with guarantees