First of all, I’d like to thank President Vučić for giving me the opportunity to share the truly wonderful experience of attending the opening ceremony and rededication of the Subotica/ Szabadka Synagogue. Thank you for inviting me here, Mr. President. I have always thought the Serbs a generous people, and we Hungarians also like to think of ourselves in that light. It’s always an uplifting moment when we can do something without self-interest, just for its beauty and charity. In my opinion the salvage and reopening of this city’s synagogue stands as proof of that. We have always known that our two peoples are big-hearted, but this event today also reveals something about how we relate to culture. If you will allow me, I’d like to quote from a speech delivered by Winston Churchill in the British parliament during World War II, when he was asked to cut funding for the arts. He said in response: “Then what are we fighting for?” What I mean by this is that there are, of course, difficult times, and there’s crisis management, and it’s important to provide jobs for everyone; but meanwhile we must not forget that both the Serbs and the Hungarians are both nations of culture. We must preserve culture, the beauty built by our ancestors and the things of value they created, because they are part of our national self-esteem. So I am grateful, Mr. President, for having had the opportunity to take part in this great joint enterprise.

I’d like to repeat what the President said: when it comes to their accession to the European Union, the Serbs can always count on Hungary. I’m convinced that Europe needs Serbia. I don’t know how the Serbs feel about Europe, but speaking for a Member State of the European Union I can certainly say that we – the European Union – need Serbia. Serbia is not a problem: Serbia is a great source of potential; and today the European Union needs ever more injections of energy. We need to enlarge the ranks of the European Union with ambitious peoples, otherwise the performance of the entire bloc will continuously decline. We must spread, grow and strengthen. Europe should be much more active and successful in the Balkans; and in Europe today nobody doubts that the most important country from the viewpoint of the region’s stability is Serbia. Therefore Serbia represents a great asset for the European Union. Furthermore, we can safely discard any uncertainties we may have had previously, because the entire world has been able to see that today Serbia has a leadership which is able to offer stability. Stability is a great asset, and everyone can see – including us Hungarians, as we analyse Serbia’s economic situation – that alongside stability the path of development has also opened up ahead of Serbia. We are familiar with the economic growth data, we are familiar with the industrial growth data, we see financial data and I see foreign trade data – not only between Serbia and Hungary, but in general. We’re talking about growth rates above 10 per cent for both overall foreign trade and for exports. These figures for Serbia would hold their own in any country in the European Union. In other words, Ladies and Gentlemen, in the future Hungary will continue to represent the position that the European Union should look upon Serbia as a source of unexplored potential, and should understand that Serbia’s membership will enable us to add further energy to the European Union’s combined strength.

Here I would also like to mention that the minority protection model built and adopted by Serbia is an example to the whole of Europe. There are very few countries in the European Union which would have been able to harmonise national pride and commitment to their territorial integrity with granting minorities living within their borders an appropriate form of autonomy, while guaranteeing – and even encouraging – the operation of those minorities’ institutions. This is just what has happened in Serbia. Serbia is therefore not only a source of potential for the European Union, but can also be seen as a model to be followed in terms of protection of minorities.

I would like to congratulate you on the development that you have achieved. We’re happy about this development for two reasons. First of all we’re happy because we maintain a friendly relationship with Serbia, and we’re pleased when the Serbs do well. But I will tell you in all honesty that we also have a vested interest in your success. There’s an old proverb – we all know it – that your own plot of land is worth more if you have a rich, successful and tidy neighbour. So I’m convinced that a successful Serbia also increases the value of Hungary. We need neighbours who are high in vitality, dynamism, strength and economic performance. We are happy to be the neighbour of such a successful country.

We are grateful for the cooperation of the past few years. There will be an election in Hungary soon, and it will also bring the past four years to a close. To mark the end of this period, I’d like to thank the President for the cooperation at both personal and political levels which the citizens of Hungary and the Government of Hungary have received from you and your governments.

Orbán-Klaus meeting: We’re on the same side 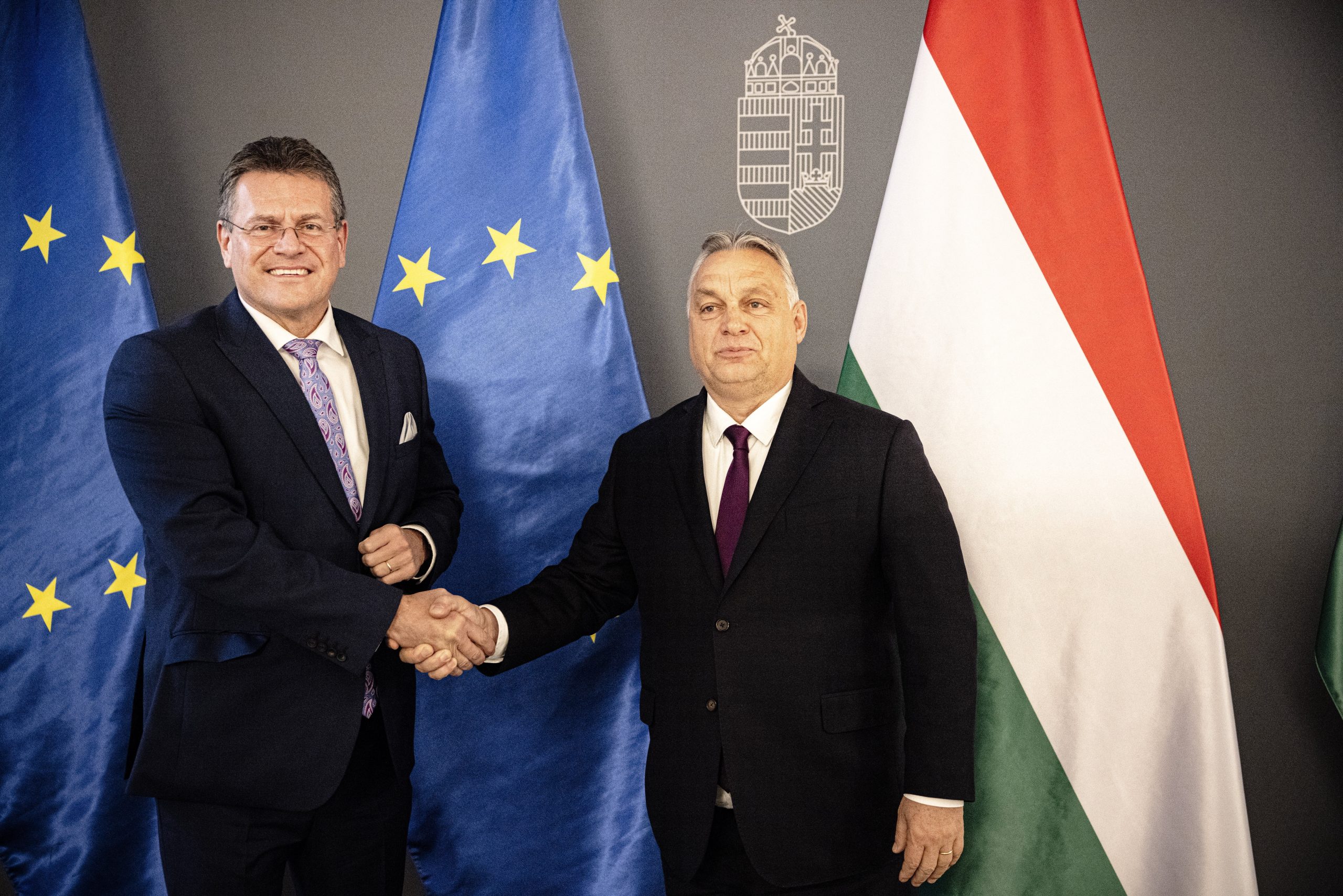