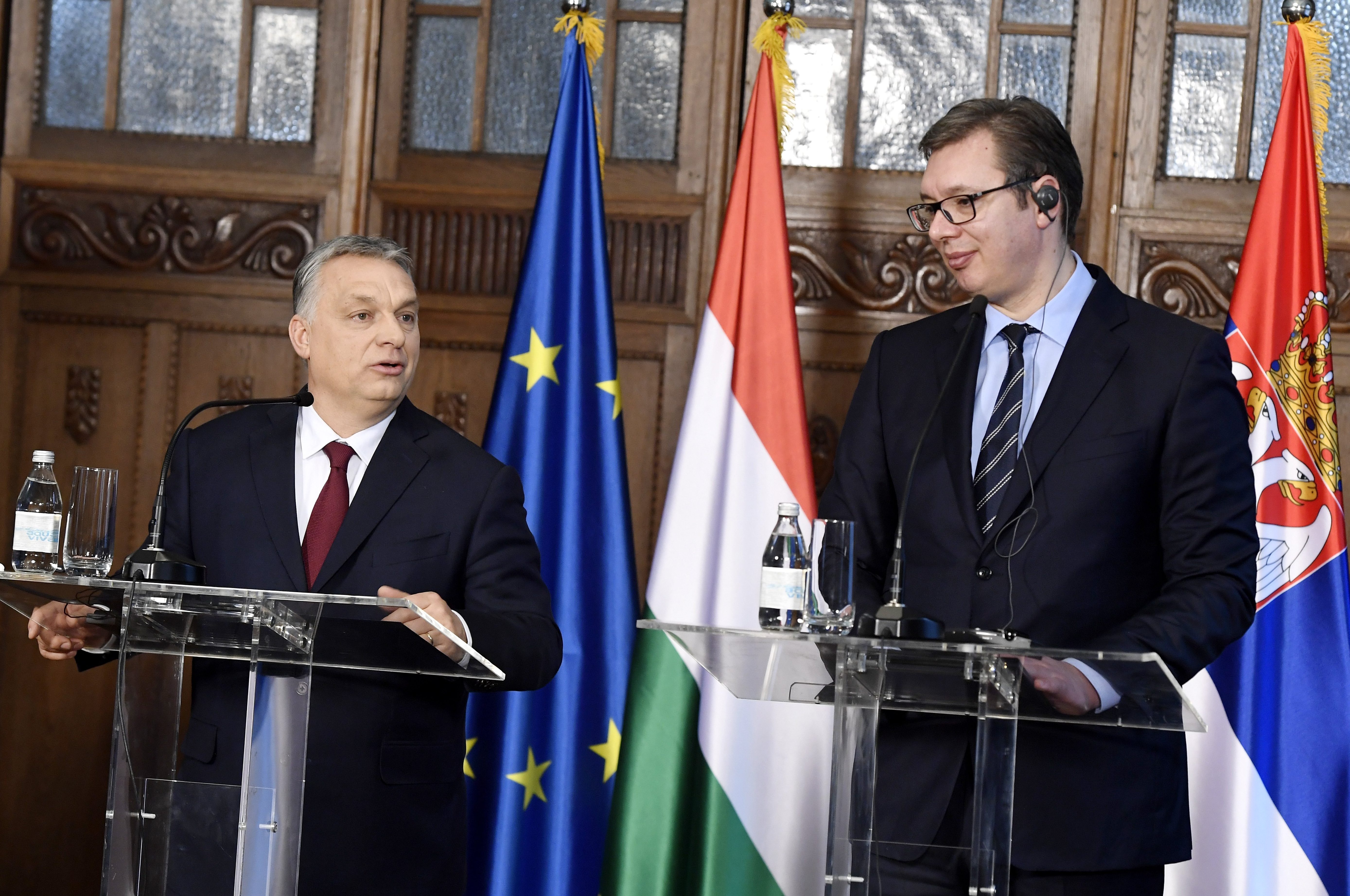 Together with President of Serbia Aleksandar Vučić, the Prime Minister inaugurated the city’s renovated synagogue. The two leaders gave a joint press statement after talks following the inauguration.

Mr. Orbán stressed that Serbia had managed to harmonise national pride and a commitment to territorial integrity with autonomy granted to minorities, whilst also guaranteeing and encouraging the operation of their institutions.

The Prime Minister said that Hungary’s position is that the European Union must look upon Serbia as a hitherto unexplored source of potential, which can add further energy to the EU’s combined strength.

He pointed out that in relation to its future EU accession Serbia can always rely on Hungary. As an EU Member State, Hungary knows that the EU needs Serbia, he said, and Serbia is “not a problem, but a great opportunity”. He added that the EU must be enlarged to include other ambitious peoples: it must expand, grow and gain in strength, and it must be more active and successful in the Western Balkans. Serbia, he said, is important in this respect, and it will be a great asset for the EU.

According to Mr. Orbán, the entire world can see proof that Serbia now has a leadership which can offer stability, and this is a major asset. Additionally, he said, in economic terms a path of growth has opened up for Serbia, which is also underlined by the figures.

In reference to the city’s synagogue, the Prime Minister said that it is always uplifting if one can do something without selfish interests, and the rededication of the synagogue is proof of this. Both the Serbian and Hungarian peoples have “big hearts”, he pointed out, and this event was also indicative of their approach to culture.

He believes that “there are hard times and there is crisis management”, but meanwhile one must not forget that both peoples are civilised nations, and they must preserve the values created by their forebears, which form part of their national self-esteem.

In closing, Mr. Orbán welcomed Serbia’s development, and said that Serbia’s success is “also in our own best interests”, because “a successful and prosperous Serbia also adds to the value of Hungary”. Hungary needs neighbours, he said, with strength, dynamism and impressive economic performance, adding that Hungary is grateful to Serbia for its cooperation.