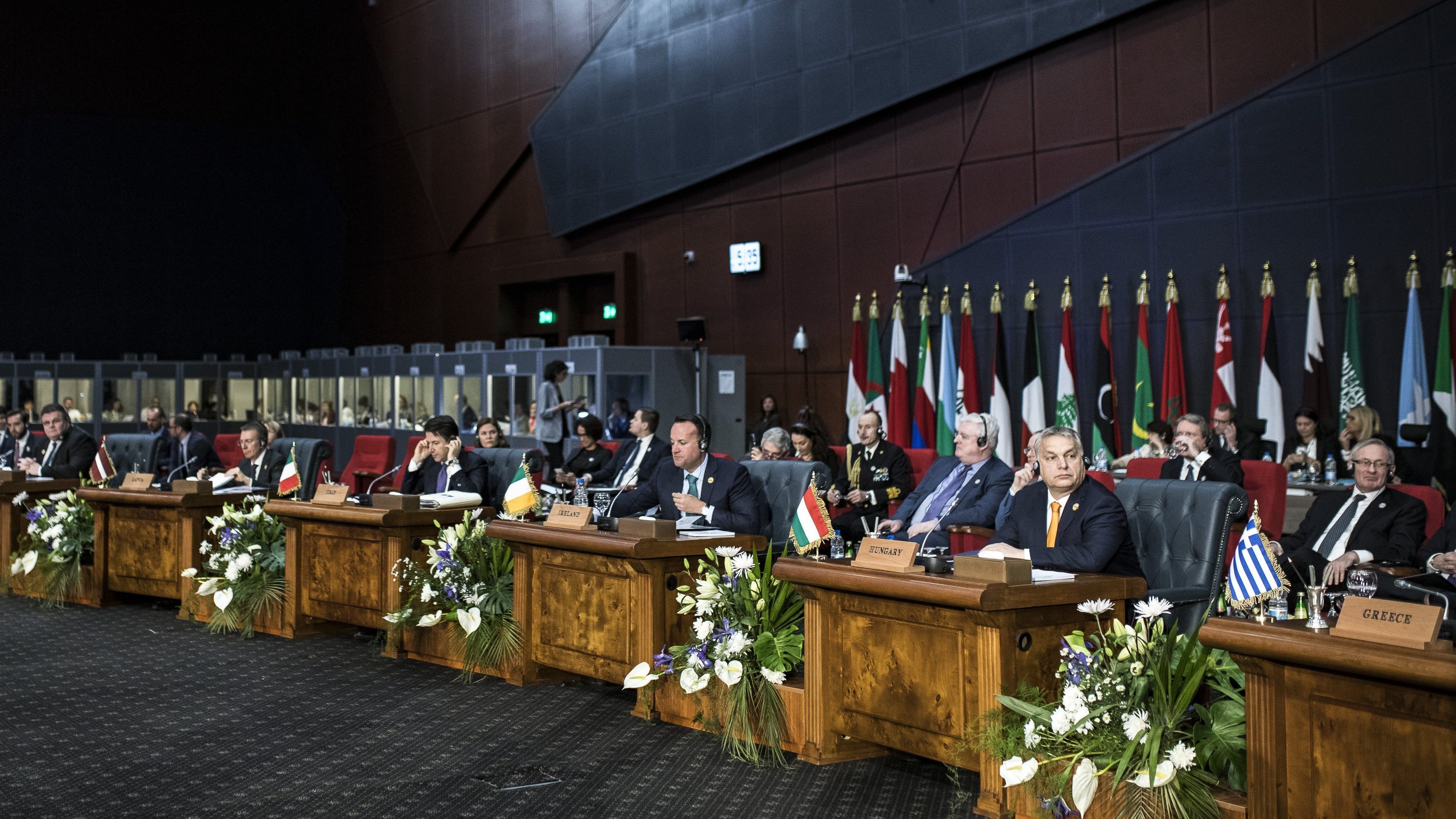 At the summit in Sharm el-Sheikh, Mr. Orbán said that experience shows that we must treat one another with mutual respect, and “we must respect the cultural, religious and political traditions of our peoples”. He said that the second lesson we have learnt is that we must not underestimate the power of demography.

The demographic trends which form the foundations of migration will continue, he said, adding that by 2030 the population of the Arab world will be 30 per cent higher than it was in 2015, and will exceed the population of the European Union – which is actually declining. “Therefore we must conclude that the causes of the current migration tensions will strengthen”, he noted, and “The question that we are all facing is this: do we want to passively accept these processes, or do we want to act to control them?”

In his address, the Prime Minister pointed out that in his experience people smugglers, terrorist organisations, illegitimate power groups, NGOs, financial speculators and the media are exerting a strong influence over migration policy – and thus also over European-Arab relations.

The Prime Minister went on to say: “Moving forward, we would like legitimate political leaders to jointly take control of events. And therefore the declaration we have made today – our joint declaration – is extraordinarily valuable.” He declared that the starting point for Hungary’s policy is that help must be taken to where there are problems, rather than distributing those problems.

Hungary has a population of ten million, the Prime Minister said, and “We know how much influence we have in the world, and we know our place. Therefore we must pursue a foreign policy strategy that is suited to our strength. We support the European Union taking on an enhanced role in the management of regional crises and in the development of crisis regions.” He added that rather than offering help on ideological grounds, “we would instead like us to everywhere support forces and leaders who are able to create stability”.

The Prime Minister also highlighted that Hungary is “punching above its weight” in taking part in international missions in Lebanon, Iraq, Libya and the Sahel region. The four Visegrád countries are jointly providing Libya with financial assistance for the protection of its borders, he noted, while Hungary is part of a project jointly run by the V4 and Germany, through which support will be offered to Morocco.

In addition, Mr. Orbán observed, Hungary provides an annual total of 1,400 state scholarships for young people from the member states of the Arab League, and this year there are 2,300 state scholarship holders from these countries studying in Hungary. He expressed the hope that they will return home and help their countries.

In his address the Prime Minister thanked Arab leaders who provide protection for Christian communities persecuted in their countries and regions, and asked them to continue this policy.