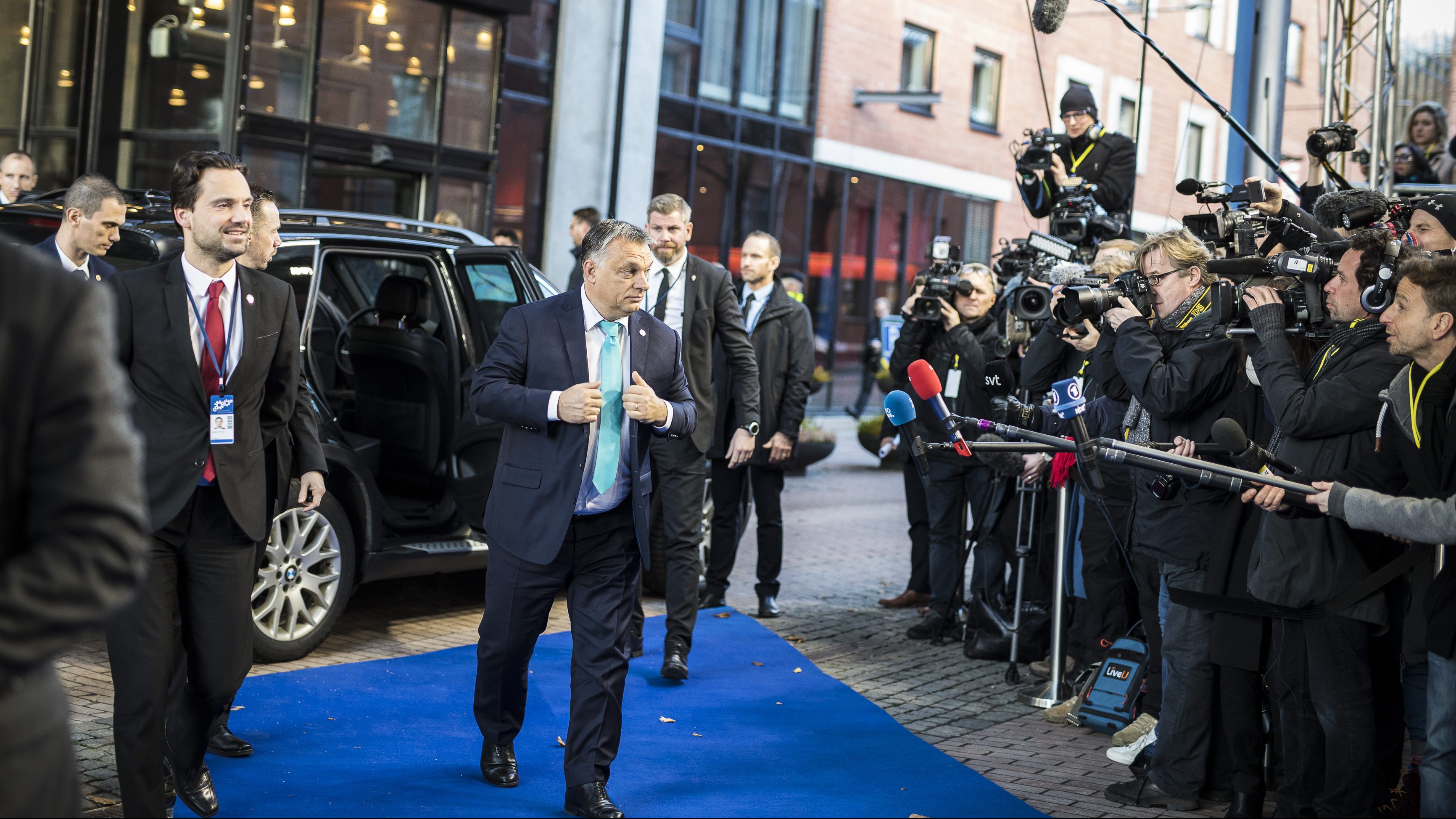 In his speech at the session on ‘Changing Jobs to Meet Challenges’, the Prime Minister highlighted: “We are hearing many good suggestions, and during my period as Prime Minister I too have taken part in several similar meetings aimed at giving each other good ideas, and there are several good ideas on the table again today, for instance the expansion of the EU’s higher education programme, Erasmus”. “But the success of our policies doesn’t depend on the quality of our ideas; the key to success is being capable of constructing a system out of good ideas, and whether we are capable of establishing models using excellent ideas”, he pointed out.

“Hungary was in a very deep depression prior to 2010, but we established a Hungarian model”, he reminded those present.

“The Hungarian model rests on three pillars. The first is that we set full employment as our goal and want to build a work-based economy”, he said. “The second is that we do not want external help to solve our workforce or demographic problems, meaning we do not want to solve problems through immigration”, he continued. “And thirdly, we want to be flexible with relation to job market regulations; tax regulations and dual training are both very flexible”, he explained.

Mr. Orbán said that in his opinion our own models must be valued, and “we Hungarians, who have been pulled out of the economic crisis by our own model also have no intention of replacing our own model”.

The Prime Minister added that he didn’t think other countries could automatically apply the Hungarian model, “but perhaps they could use certain elements of it”.

The goal of the summit is for the European Parliament, the Council of Europe and the European Commission to jointly announce the establishment of a European pillar of social rights, while stressing that the three institutions fully support the twenty principles and rights included within the pillar. The initiative aimed at establishing the social pillar was announced by Jean-Claude Juncker in his 2015 speech on the state of the European Union, and the official proposal was put forward by the European Commission in April 2017.

The participants of the Gothenburg summit will also be reviewing the future of education and culture.

The European Parliament has begun implementation of the Soros Plan