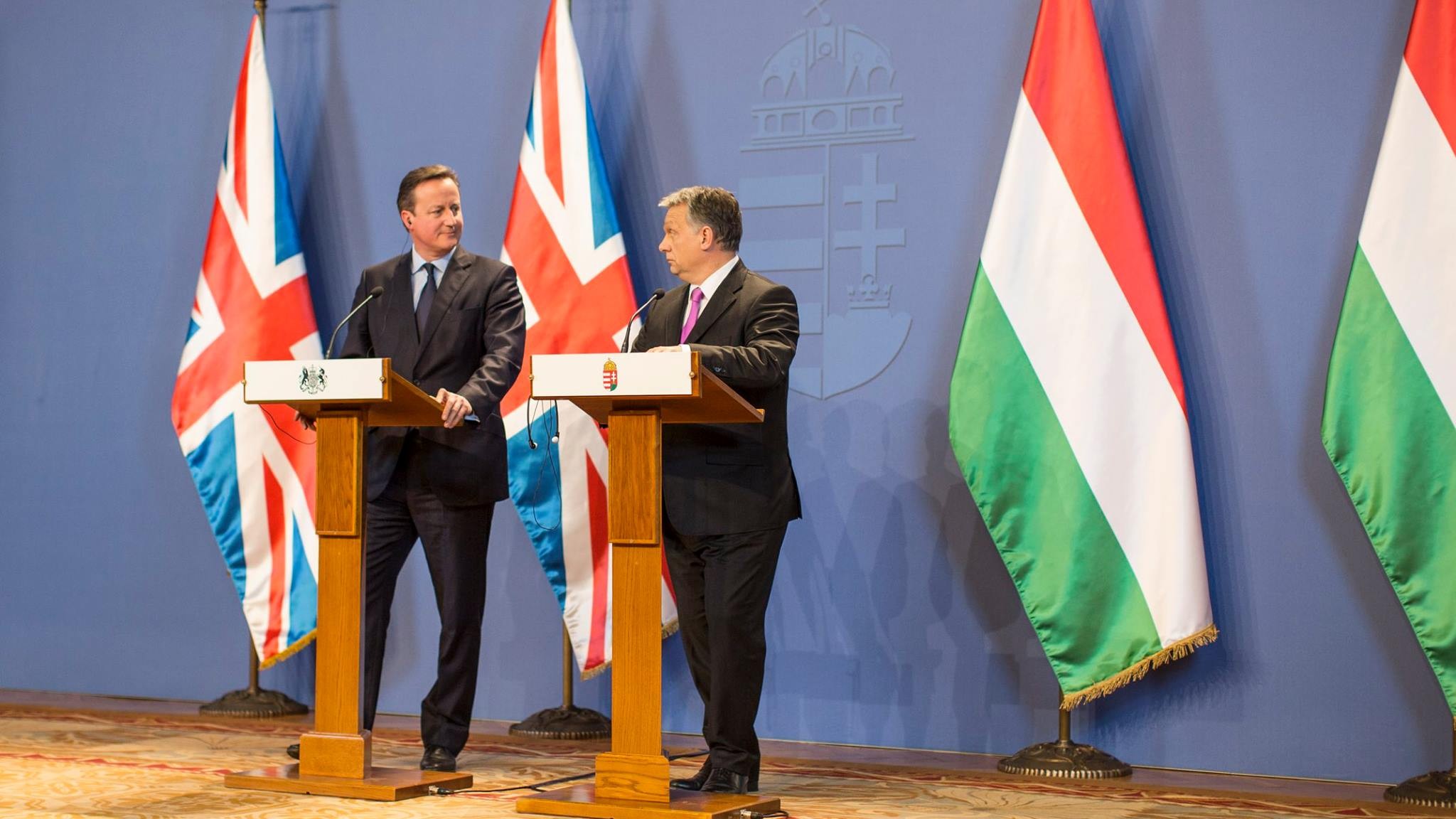 The role of national parliaments must be reconsidered
07. 01. 2016.
| source: MTI
After talks in Budapest on Thursday with Prime Minister of the United Kingdom David Cameron, Prime Minister Viktor Orbán stated that both leaders want a strong Europe. At their joint press conference, Mr. Orbán spoke about Hungarians working in Britain, pointing out that it is important that they should not be subject to any discrimination. At the same time he stressed that Hungary is open to all reasonable British proposals designed to put an end to abuses in the field of social benefits.

“We both want a strong Europe […] and a strong Europe must be a competitive Europe”, Mr. Orbán pointed out when speaking about Mr. Cameron’s four key demands on the European Union; of these four he said that “we fully support three as they stand”. He said that “There is spiritual and strategic accord between us”.

The Hungarian prime minister stated that London and Budapest agree that the the role of national parliaments within the EU must be reconsidered, and that countries which do not form part of the eurozone must be treated equally within the EU’s institutional system.

They also agreed, he continued, that abuses related to in-work benefits must be eliminated in every EU Member State.

Hungarians working in Britain should not be subject to discrimination

In this regard, Mr. Orbán stressed that the Hungarian government stands up for hard-working Hungarians making an honest contribution wherever they are. He therefore asked his British counterpart to ensure that, when formulating proposals, it is recognised that the vast majority of Hungarians living in Britain are hard-working people who contribute to Britain’s economy through their work and financial contributions.

He added that if there is to be any change in this area, the Visegrád Four (the Czech Republic, Hungary, Poland and Slovakia) would seek to discuss such a proposal and to come to a joint agreement; he said that he believes there is a good chance that they would be able to do so.

Mr. Orbán specifically dealt with this issue in answer to a question, pointing out that it is important that Hungarians working in Britain should not be subject to any discrimination.

At the same time, he said, Hungary is open to all reasonable proposals designed to put an end to abuses in the field of in-work benefits as “we in Hungary do not tolerate them”.

“We are not migrants in the United Kingdom”

Mr. Orbán pointed out that “We are not migrants in the United Kingdom”, but EU nationals who are free to engage in employment anywhere in the European Union. Hungarians do not go to Britain to live off the British, he said: they do not want to take anything away from local people, but simply wish to work – and they work hard. He added that, according to data from the UK’s office for statistics, some 55,000 people born in Hungary are in employment in Britain today.

According to Hungary’s estimates, he added, when seen as a whole Hungarians working in Britain pay more taxes and contributions than they claim in benefits.

Mr. Orbán said he is hopeful that, together with Mr. Cameron, it will be possible to find a solution which is both satisfactory for Hungarian workers and in line with the goals of the British government.

The Prime Minister further reassured his British counterpart that, as a NATO partner, Hungary will continue to take part in international missions in Syria and Iraq in the future, with its contribution proportionate to the country’s size.

Mr. Orbán described Hungarian-British bilateral relations as good, reiterating that Britain is the fifth largest investor in Hungary, where around 700 British businesses have operations, employing a total of more than 50,000 people.

Regarding migration, the Hungarian prime minister said that common sense dictates that every responsible government should protect its own citizens. Hungary wants to preserve the Schengen Agreement, and to this end, it is necessary to protect the Schengen Area’s external borders, he said.

At the press conference Mr. Orbán was also asked about his private visit to Poland on Wednesday, as part of which he met Jarosław Kaczyński, Chairman of Poland’s governing party Law and Justice (PiS). In this regard, he indicated that he had anticipated the “speculation” that the “old boys’ meeting in Poland” would have something to do with the Hungarian-British talks held in Budapest on Thursday. “That was not entirely the case”, he said.

The Hungarian prime minister said that in “the current European – and in particular, the Central European – political spectrum, the chairman of Poland’s ruling party and I are among the few politicians surviving from the period when communism fell. This is effectively the freedom fighters’ veterans’ club. I was pleased to visit our Polish friends, and we strengthened Polish-Hungarian strategic cooperation there”.

Both Britain and Hungary want a Europe that works

Britain and Hungary have similar ideas about the EU and both want a Europe that works, British prime minister David Cameron said.

The British prime minister highlighted the importance of subsidiarity and fair rules, so that Member States within the eurozone and outside it should be treated equally and that nation states should be respected.

Mr. Cameron pointed out that it is important for Britain to remain within a reformed European Union; he said that the United Kingdom is equally important for Europe, as it has a strong economy. He said that a solution may be found by the time of the European Council’s meeting in February.

He said that there may be countries which wish for greater integration, but his country does not want a European Union which takes certain things away from it. At the same time, the British prime minister also stressed the importance of the common market.

He also told the press that the UK’s welfare system was also on the agenda. While he supports the free movement of people – as it is good, for instance, that Britons, may also work in other European countries – one should remember that this free movement puts pressure on the welfare system, and therefore this issue must be addressed. While there is not much time until the EU summit in February, if they work hard they may reach an agreement, he explained. He reiterated that a referendum will be held in Britain regarding the country’s EU membership by the end of 2017.

With regard to the reform of in-work benefits, Mr. Cameron spoke about the option of non-UK nationals not being eligible for welfare benefits during their first four years in the country, but he pointed out that he is also open to other solutions.

The British prime minister added that an agreement must be reached on Syria, and Europe needs tight and strong external border protection. He also highlighted the importance of observing the Minsk Agreements.

Mr. Cameron said that the Hungarian economy has recently been enjoying a period of growth and low unemployment, and he further welcomed the fact that British investors are appreciated in Hungary. Both countries are fully supportive members of NATO and the EU, he said. The British prime minister pointed out that in recent years the experience of cooperating with the Hungarian prime minister has been positive, and this brings with it the hope of a successful future and cooperation on other issues as well. Referring to the fact that the last British premier to visit Hungary was Tony Blair in 2005, he added that people will not have to wait another ten years before a British prime minister comes to Budapest.

After his talks with Mr. Orbán, the British prime minister was received by President János Áder in the Presidential Palace. 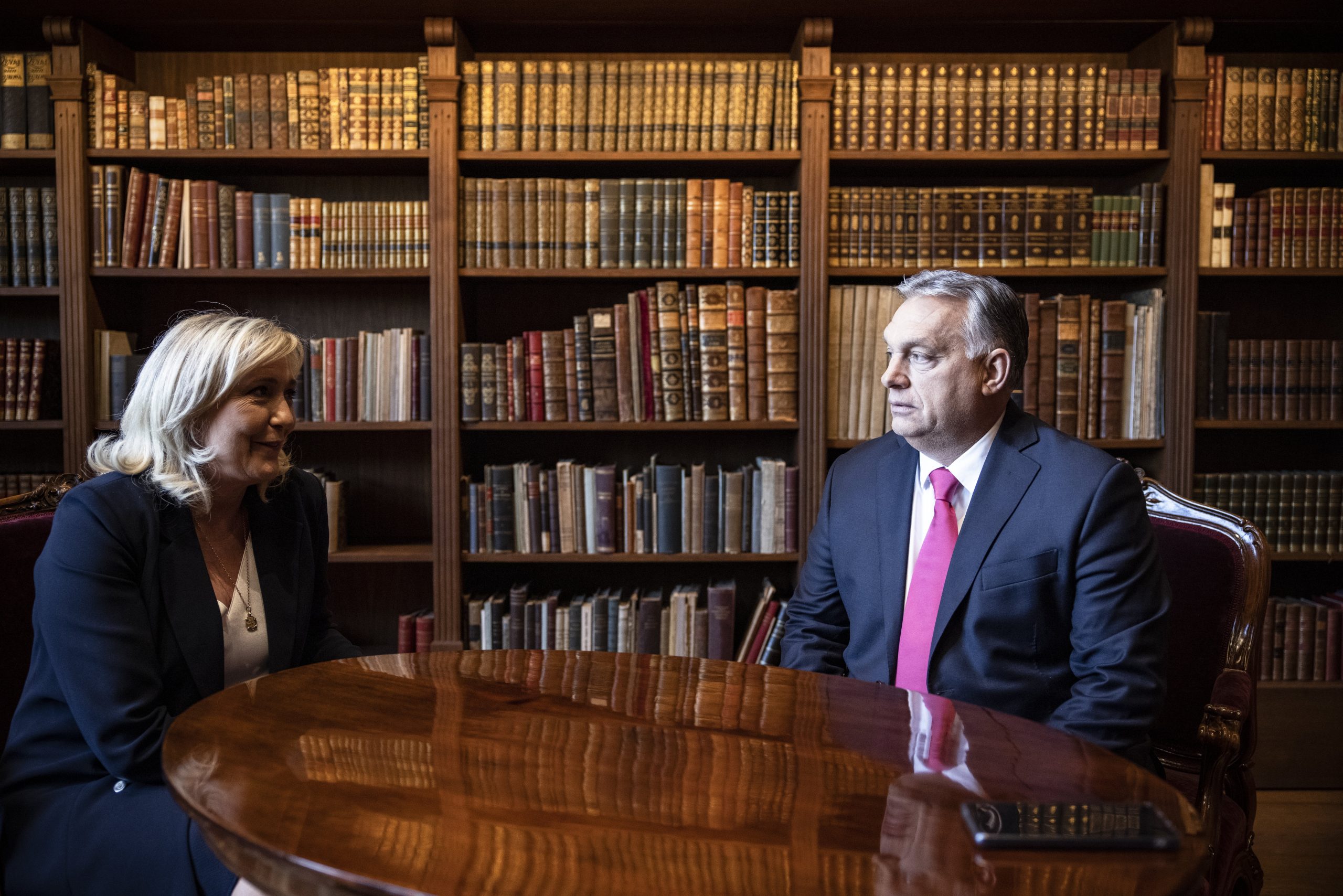 Primacy of EU law can only apply to areas where European Union has competence
related posts
Viktor Orbán’s statement to the press after his talks with David Cameron, Prime Minister of the United Kingdom
tags
David Cameron European Union Great Britain